More Cambodians expected to travel during the holidays 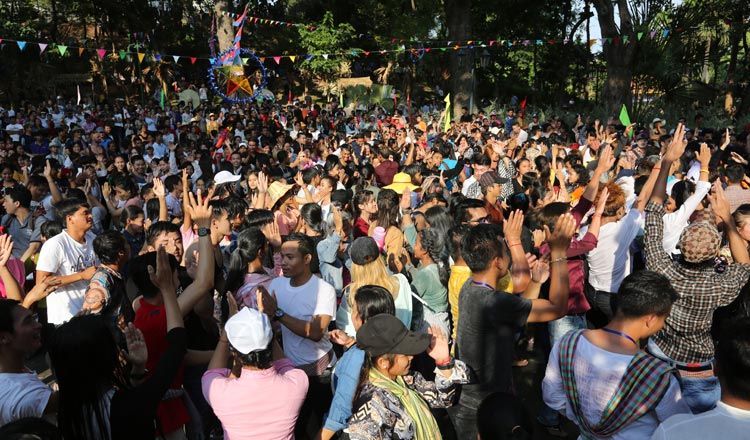 Looking to enjoy a growing offer of tourism products around the country, more Cambodians are expected to travel this year during Khmer New Year.

The holiday falls on April 14-16, during the hottest period of the year.

During the three-day holiday, most Cambodians travel back home to spend time with the family or visit popular tourist sites in the country. Those who can afford it, take the opportunity to travel to some exotic destination abroad.

In cities and villages, schools and supermarkets close, while public services are temporarily suspended. Phnom Penh, for example, becomes a ghost town as everyone leaves the city to visit relatives in the province.

As one of the longest holidays in the Cambodian calendar, Khmer New Year is a time to spend with family, says Kong Vuthea, an employee at a hospital in Kandal province.

How much you spend during the holiday varies depending on your income, the 34-year old man says. “If you earn a lot, you can spend a lot.”

He says this year he wants to go to the coast. “April is really hot and I want to be near the sea. The problem is that during busy periods like Khmer New Year everything becomes more expensive because there are too many people in the main tourist spots.”

He estimates that this Khmer New Year he will spend between $300 and $500, which is similar to previous years.

In response to people’s concerns, the Ministry of Tourism has issued statements calling on tourism service providers and vendors to refrain from increasing prices during the long holiday. Officials will be sent to key locations to monitor that tourists are not being overcharged, the ministry said in its statement.

Moreover, in a meeting earlier this month, Tourism Minister Thong Khon instructed all provincial tourism departments to promote their tourism products and resorts and strengthen the quality of services.

Chuk Chumnor, spokesman at the Ministry of Tourism, told Khmer Times that the number of people travelling during the upcoming long holiday is expected to increase.

“We cannot give you exact figures, but we estimate that more people will travel every year as more tourism products are created, and as people’s living standards improve,” Mr Chumnor says.

He acknowledges that prices usually rise during this time of year, but says the hike is not excessive.

“We have learned that some service providers do increase their prices, but thanks to some measures put in place by the ministry, it won’t be much, perhaps just 20 percent above regular prices,” he says.

Siem Reap, the coast and eco-tourism sites in the country’s northeast are expected to remain the most popular destinations among Cambodians this year, he adds.

One of the biggest differences in 2019 will be that ‘Angkor Sankranta’, a celebration held traditionally in Siem Reap to celebrate the New Year, will not be organised. Instead, smaller celebrations, called ‘Sankranta’, will be held across the country.