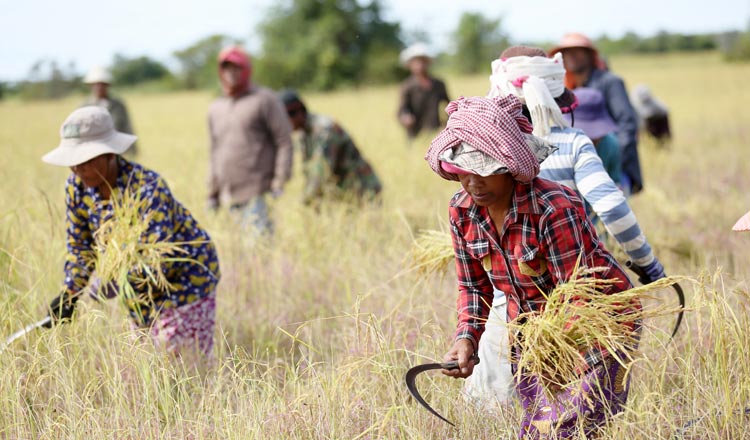 Amru Rice has entered a contract farming scheme with 22 agricultural communities in Preah Vihear province, who will be supplying organic paddy rice.

The rice exporter and the representatives of the communities signed the agreement on Tuesday.

More than 3,000 farmers are involved in the scheme.

Kan Kunthy, vice president of Amru Rice, said the rice supplied by the communities will be exported.

“Organic rice is in high demand in developed countries, including the European Union, the United States, and Canada, where buyers care about the environmental impact of what they consume,” Mr Kunthy said.

He said the firm hopes to begin exporting to new markets, including Japan and China, soon.

According to Prak Sovann, Preah Vihear provincial governor, there are 43 agricultural communities in the province. 30 of them have entered contract farming schemes with various exporters.

He said the province’s agricultural communities will produce about 20,000 tonnes of organic paddy rice in 2019. Last year, output equalled 12,000 tonnes.

Cambodia is a major rice exporter in the international market, but shipments of organic rice are still relatively new in the Kingdom, with only a few companies exporting the commodity.

Kong Pheach, director of the agro-industry department at the Ministry of Agriculture, said contract farming is a solution to many of the challenges the sector faces.

“Contract farming guarantees that farmers sell their products and that they sell them at a certain price,” he said.