Rice association to meet with EU to discuss tariffs 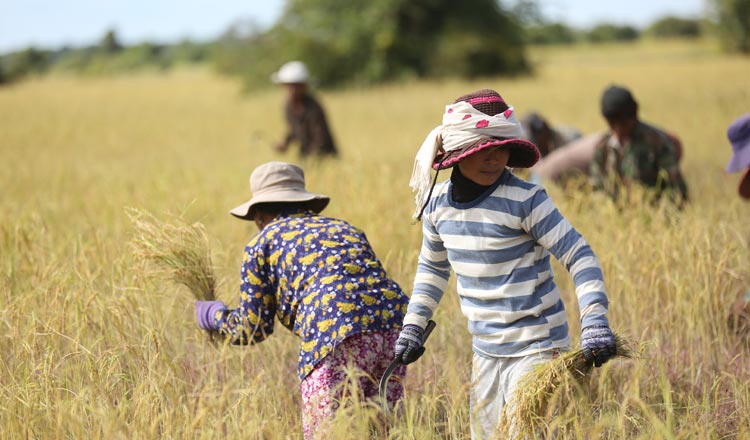 The Cambodia Rice Federation plans to meet with the European Commission to discuss the tariffs imposed on Cambodian rice earlier this year, according to a representative of the association.

CRF secretary-general Lun Yeng told Khmer Times last week that the association intends to meet representatives of the European Union to explain why taxing Cambodian rice is a mistake. He said CRF wants to put an end to the “misunderstanding” that has led to the levies in the first place.

The announcement by CRF marks a change in the strategy to battle the tariffs that hit the local rice sector earlier this year. In April, CRF filed a complaint to the EU over the tariffs.

However, CRF has yet to receive any response from Brussels regarding the complaint, Mr Yeng told Khmer Times.

Mr Yeng said the strategy is now to negotiate with the EU and to show European legislators that exports of Cambodian rice do not threaten the livelihoods of European farmers.

“In April, CRF filed a complaint with the EU. Now, we continue this work, but we will change our approach. We will meet with the EU and explain the issue because we believe that the EU is missing vital information that has led them to take the wrong course of action,” Mr Yeng said.

“Our rice is different from rice grown by farmers in Italy and Spain. We believe the decision to impose tariffs was based on a misunderstanding of the situation,” Mr Yeng added.

Last year, the EC said that a significant increase in imports of Indica rice from Cambodia and Myanmar into the European Union was causing economic damage to producers in Europe. In January, it decided to reinstate normal customs duties on Cambodian and Burmese rice.

As a result of EC’s decision, rice from Cambodia and Myanmar is being taxed 175 euro per tonne during the first year. In the second and third years, the tariffs will decrease to 150 euro and 125 euro per tonne, respectively.