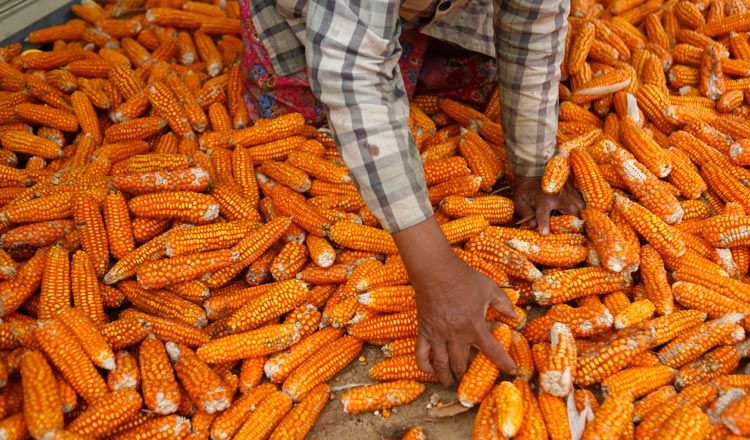 Thailand’s Ministry of Commerce last week announced a ban on field corn imports coming through Ban Khao Din, in the border with Cambodia.

The ban comes into effect on Saturday.

The move was announced after a ministry meeting last week, according to Thai media reports.

“Starting the end of this month, imports of field corn will no longer be allowed through the border crossing with Cambodia,” the ministry said.

Chhim Vichara, director of Battambang’ agricultural department, told Khmer Times on Monday he was not aware of the latest ban, but said an official letter has been sent to Thai authorities requesting that the border crossing be open to Cambodian goods.

“The Ministry of Agriculture has just sent a letter to Thai authorities to ask them to allow imports of corn, cassava and mango,” he said.

Corn is used for livestock and poultry feeds, generally accounting for about 50 percent of rations, according to the United States Department of Agriculture.