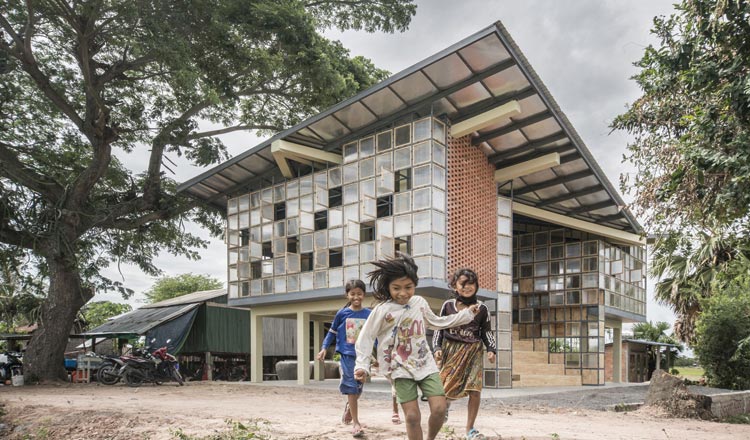 The annual Dezeen Awards recognizes the world’s best architecture, interiors, and designs and the people behind them.

The Adventurous Global School (AGS), which was designed by Orient Occident Atelier of Hong Kong, was among 53 architecture projects from around the world that made it to the shortlist. The list of finalists was released last week by the awards’ organisers.

Opened two years ago, AGS incorporates a unique and innovative design described in the awards website as “covered in a grid-like structure to create a versatile and flexible learning space”.

“Orient Occident Atelier wanted to engage the teachers and students in the design and reconfiguration of the school in order to create teaching and learning spaces which best suit their interests and curriculum needs,” Dezeen Awards said in its website.

It is believed to be the only school building with such a design in this part of the world. AGS was shortlisted in the ‘small building’ category together with 4 other entries from Mexico, Peru, the United States, and Fiji.

AGS, which is located in Sneung village in Battambang, was built as part of a project to help underprivileged children in rural areas of Cambodia. Its construction was co-funded by Adventurous Global School-Charity in Hong Kong, Vision Du Monde in France and Projectmac in Australia.

The awards attracted 4,500 entries from 87 countries. The list was whittled down to a longlist that contains 267 entries, then to a 53-strong shortlist. Entries are judged based on several key factors like beauty, innovation, and benefit to the people and the world at large.