Things to See and Do - Kampong Cham, Cambodia

Is an ancient site located at the Southeast of Kampong Cham province, at Prey Nor Kor village, Daun Tey Commune, Ponhea Krek district in the distance of 42 Kilometers from the provincial town of Kampong Cham. Prey Nor Kor Knong-Krau temple can be accessible by the National Road No 7 and turn right by a trail at Dam Nak Cha village. This resort has five trails at the public gathering place of Daun Tey Commune such as: - The trail at the public gathering place of Knar has six-kilometre distance.

- The distance from the main road to Preah Theat is five kilometers.

- The distance from the trail to Dam Nak Cha is 10 Kilometres.

- The distance from Poan Chrey to Prey Nor Kor Knong is 5.3 Kilometres.

The resort of Prey Nor Kor Knong-Krau temple is the gathering place where the local people and tourists meet each other for enjoying popular games and religious purpose during the traditional festival. The Temple of Prey Nor Kor has the same form to the temple of Sam Bour Prey Kuk, and it was built in the 9th century. Until the assassinated plan set up by the princess of Kun Bot he had mobilized troop to fight successfully against the princess. Prey Nor Kor Knong-Krau temple has 2500-square meter landarea consisting of:

- Thum Temple: Located on high hill of the Khoeun of present temple. It included three temples made of solid brick: one at the left was completely damaged and other two temples remain good forms. Inside these two temples, there are some statues and broken ancient objects remain.

The local people believe that the temples have been protected and maintained by sacred spirit if tourists would like to photograph the two temples, they should light incense to pray for allowance first otherwise the picture of the two temples do not appear in their cameras.

- Preah Theat Temple: Located at the East of Thum temple. It included six temples, which were damaged by war. At the present, there is one temple remains but it is almost collapsed because of digging in search of treasure.

- Preay Theat Pond: Located at the Northeast of the Thum temple. At that time, there was a Pond called Ku Teuk. - Koh An Det or Kor Prak (30 meter length by 20 meter width): or another name called Sras Toem located at the North of the village.

- Tum Nup or Kam Pheng Poat Chum Vinh: Located around the city of Prey Nor Kor Knong-Krau and was planted the complex and inaccessible wild bamboo.

- This dam has approximate 10-metre height, 15-metre vertical angle, and square angle; each angle has 2,500 Metres. Some parts of the dam have been damaged.

Find hotels in Kampong Cham on Agoda.com. Free Cancellation and Pay when check out.

Other Attractions in Kampong Cham

Next to Preah Theat Teuk Chhar temples is a canal dug during ancient times. Water fills the canal year round, and the water is very clear and free-flowing, making it popular with tourists who enjoy bathing in it. At one time, there were many trees and plants along both sides of the canal, but they were removed to make a big plain,... read more 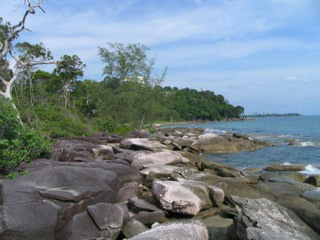 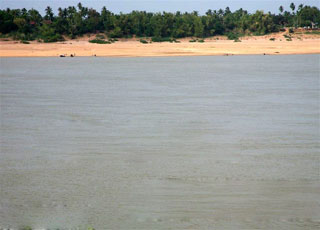 Chhrouy Chek is a name of the place that was built for stocking water to irrigate the rice fields. Its beautiful flora and water sources have made it a popular location for Kampong Cham dwellers to visit, especiallly on weekends and holidays. Young people in particular enjoy swimming there. The site is about 15 kilometers from the... read more

Next to the temple, there is a canal existing since the ancient time. The canal has water all year round, either dry or raing seasons; water which is clear and non-stopped flowing which leads to attracting tourists to enjoy it happily. On either side of the clear-water canal, there are plants and trees growing; but now these plants... read more 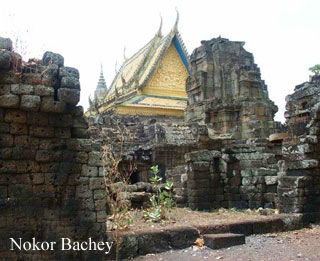 Nokor Bachey temple is a cultural and historical site. It is located 2.2 kilometers from Kampong Cham provincial town along National Road 7, about 122 kilometers northeast of Phnom Penh. Visitors traveling from Phnom Penh will see the gate to the pagoda on the right. The temple was built in the middle of the 11th century, during the... read more 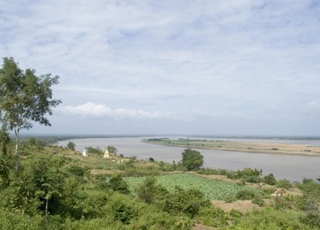 Han Chey Mountain has official name Chey Kiri Mountain located at the East of Kampong Cham province, at the northern part of Mekong River. This resort located at Han Chey village, Han Chey commune, Kampong Siem District in the distance of 18 kilometres by water and 20 kilometres by land. The mountain can be climbed up by 295... read more