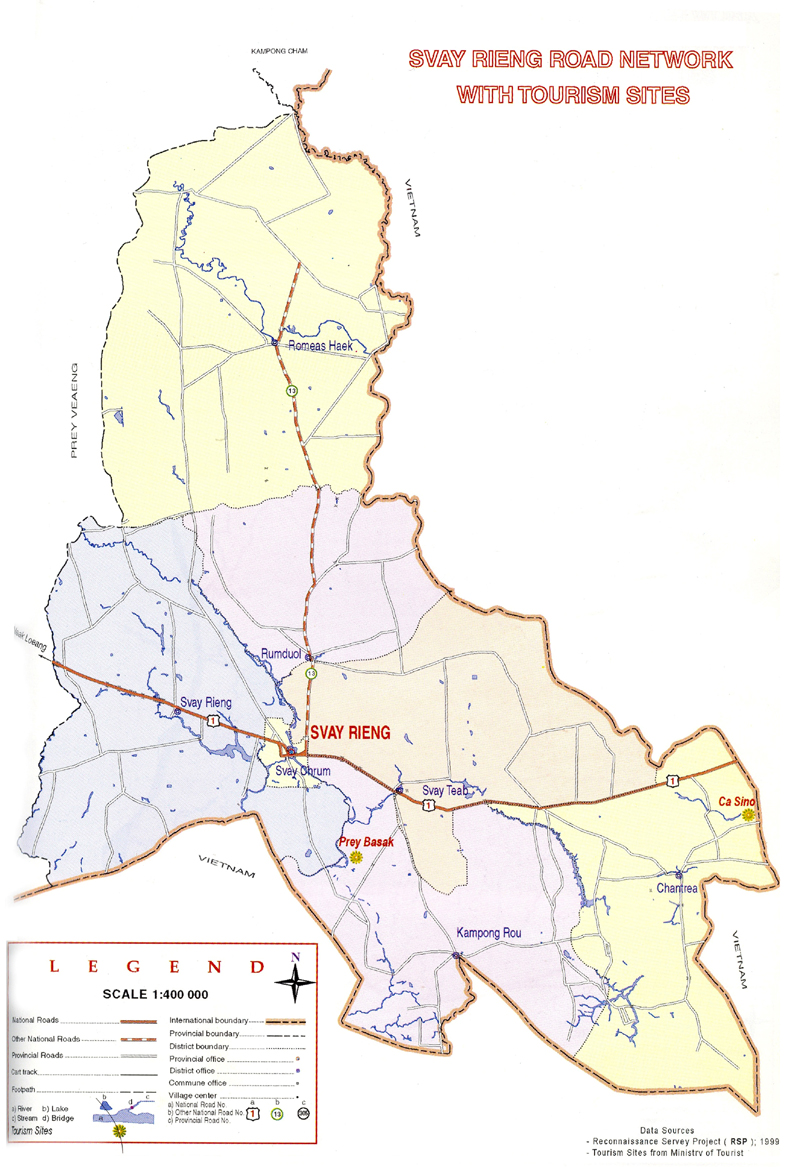 The province consists generally of the typical plain wet area for Cambodia, covering rice fields and other agricultural plantations. The land state is due to the American carpet bombing a real pity  no forests and cratered countryside are the results. The province also features two of the biggest rivers of the country (actually they symbolize the provincial borders) the Tonle Bassac and the mighty Mekong.