Classical Dance of Cambodia The epic poem of Rama (Ramayana) is believed to have been revealed to a Hindu holy man named Valmiki by Brahma, the god of creation. This religious literary work, dating from about ad 4, is known in various versions throughout India and Southeast Asia. In Cambodia, the story has been set to music and dance and performed by the Royal Ballet since the 18th century.

Although the epic is also known in the villages, where it is translated orally or dramatized in the popular shadow puppet theater, the ballet was traditionally a courtly art performed in the palace or for princely festivals. The music of the ballet is performed by the Pinpeat orchestra, which is made up of traditional xylophones, metallophones, horizontal gongs, drums, and cymbals. 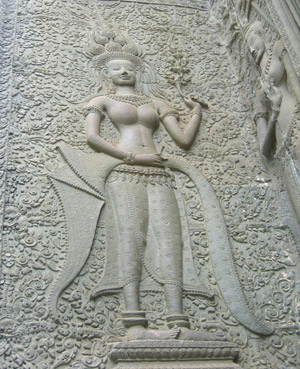 Khmer classical dance derived from Indian court dance, which traces its origins to the apsarases of Hindu mythology, heavenly female nymphs who were born to dance for the gods. The traditions of Thailand and Java (in Indonesia) also influenced the music and dance of Cambodia. In classical Cambodian dance, women, dressed in brightly colored costumes with elaborate headdresses, perform slow, graceful movements accompanied by a percussive ensemble known as the Pin Peat. Pinpeat orchestras include drums, gongs, and bamboo xylophones.

In Cambodia's villages, plays performed by actors wearing masks are popular. Shadow plays, performed using black leather puppets that enact scenes from the Reamkern, are also enjoyed. Folk dancing is popular in rural Cambodia and is performed spontaneously to a drumbeat. 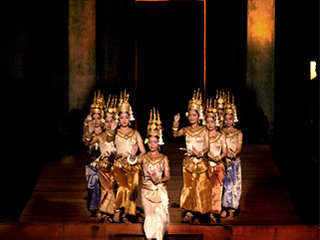 At the heart of classical form is the Apsara, the joyful, almost wanton dancer whose images are everywhere. Princess Buppha Devi, who currently serves as the Minister of Culture, is a master of Apsara dancing, which dates to the 1st century.

The graceful movements of the Apsara dancers, adorned with gold headdresses and silken tunics and skirts, are carved on the walls of many of the temples at Angkor. Estimates are that there were 3,000 Apsara dancers in the 12th century court of King Jayavarman VII. 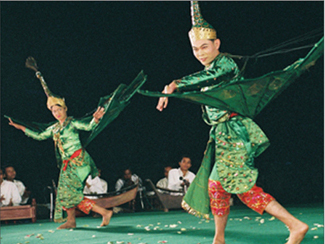 Over the centuries Khmer dancing lent its influence to the classical ballet of neighboring countries, and some of its postures and movements are similar to other Southeast Asian dance forms. But according to Princess Buppha Devi, "The Khmer kingdom started its traditions in the 8th century, 500 years before Thailand." In 1400, with the sacking of the Angkor Empire, the Apsara dancers were seized and taken to Thailand.

Apsara dancing is one of two elements of classical ballet, the other being "today" dancing, the depiction of early myths. Many of the dances involve performing a fragment of the Ramayana, the ancient Indian epic that is one and a half times as long as the Odyssey.

Others are based on the legendary battles and mythical sagas carved in bas relief on the walls of the temples of Angkor-including the Churning of the Sea of Milk, the great battle between gods and demons for the holy liquid that gives immortality. There are 100 dances and dramas. 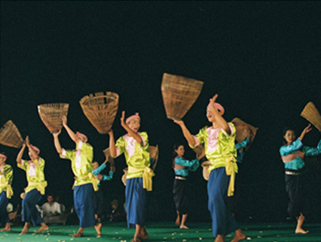 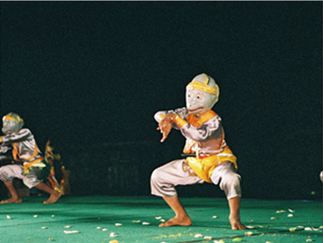 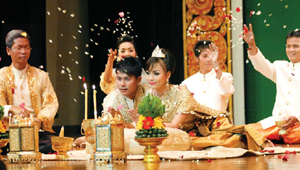 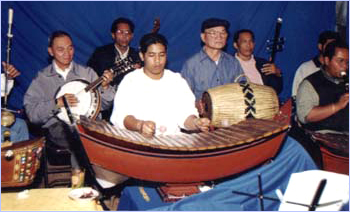 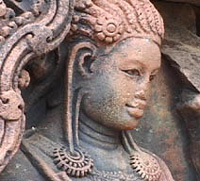