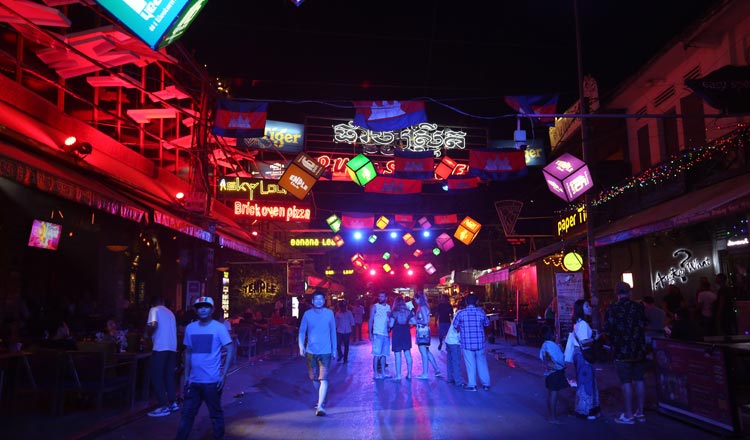 The Minister of Tourism on Monday called for cooperation between the public and private sectors to create new tourism products in Siem Reap province.

Speaking during a meeting with public officials in Siem Reap, Minister Thong Khon said that, in addition to the Angkor Archaeological Park, the province needs more tourism sites to make tourists stay longer.

The minister stressed that the province, home to Unesco-listed Angkor Wat, has a limited tourist offer.

He called for Siem Reap’s tourism department, local authorities and the private sector to come together to create new resorts and to include them in tour packages.

“The public and private sector have to unite to establish more tourism products and resorts that can satisfy demand for entertainment among tourists as well as attract more tourists and make them stay longer,” Mr Khon said.

Chuk Chumnor, spokesman for the Ministry of Tourism, told Khmer Times on Tuesday that Siem Reap province boasts a number of popular tourism sites other than the temples of Angkor, including Kulen Mountain, Run Ta Ek natural village, and the tourism communities in Kompong Pluk, Boeng Pupay, Kampong Khlaing, Chreav, and Chong Kneas.

This is in addition to the province’s growing number of art venues, restaurants, hotels and shopping malls, he said, adding that these are sometimes not promoted correctly.

“Small tourism sites and resorts do not always attract a lot of interest from foreign tourists. This may be because tour agents are not including them in tour packages,” Mr Chumnor said.

“With more tourism sites and products, I am sure that the number of days that a tourist spends in Cambodia on average will increase,” Mr Chumnor said.

“We are promoting the creation of more tourism products and resorts, as well as tour packages that include different areas so that tourists have more places to visit,” he added.

Chhay Sivlin, president of the Cambodia Association of Travel Agents, said, “Siem reap province has a limited number of tourism options. Many people do not know where to go after visiting the temples.