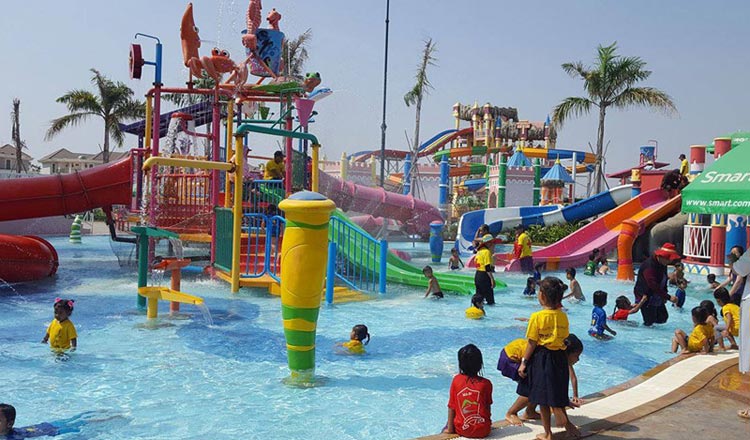 The development, known as Angkor Water Park, will be located in Chroy Changvar district, in Phnom Penh’s Northeast, and will cost an estimated $55 million, according to a company press release last week.

According to last week’s announcement, the water park will be built on 6 hectares of land near Safari World Zoo, another investment by LYP Group that opened in March 2018.

The contractor for the project will be the United Kingdom’s White Water Group. The park is scheduled for completion by the end of the year.

LYP said it will be bigger than the Cartoon Network Waterpark in Pattaya, Thailand.