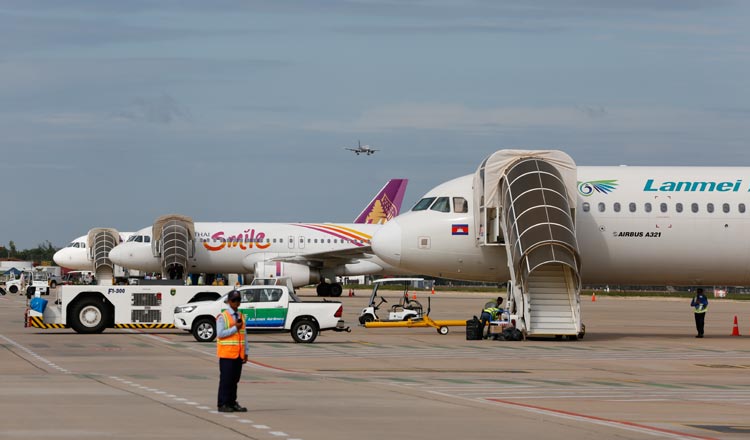 Cambodia will be among dozens of countries participating in Vietnam’s aviation expo, which is slated to take place in Ho Chi Minh city from November 20 to 22.

According to the Vietnam International Aviation Expo 2019 website, more than 400 companies from 33 countries are expected to join the event, which will be held at the Tan Son Nhat Pavillon Convention Center in Ho Chi Minh city.

Dan T, a representative from Phoenix Trade Fairs, which is organising the event, in an email confirmed the participation of Cambodian companies. However, he noted that a complete list has not yet been finalised.

“The Vietnam International Aviation Expo aims to bring together the aviation business community in Asia and around the world,” he said.

The event in Vietnam is expected to showcase the latest aviation and aerospace technology, as well as developments in Vietnam’s aviation sector, which is among the fastest growing in the world.

Aside from the usual booths and display of various models of airplanes and helicopters, the event website noted that the expo will feature conferences, seminars, and networking sessions designed to connect suppliers and buyers in the aviation industry.

Thousands of people from Vietnam and abroad, including high-ranking government officials, are expected to grace the three-day event.