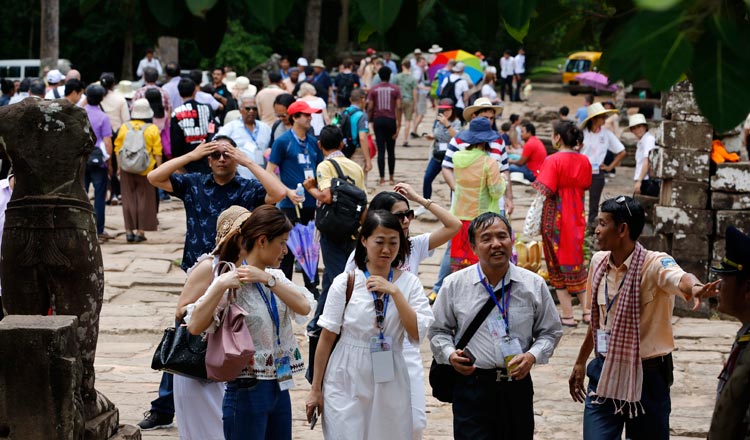 The Minister of Tourism on Friday urged the creation of new tourism products and the expansion of existing tourist sites in Siem Reap province to attract more tourists from China and South Korea.

The proposal follows a drop of 20 percent in the number of Korean travellers to Siem Reap during the first half of the year.

Tourism Minister Thong Khon on Friday pointed out that the number of visitors from South Korea to Siem Reap is declining, and called on all industry players to work together to establish new tourism products to attract more Chinese and Korean visitors to the province and make them stay longer.

“We must create new tourism products. The government is studying the tourism master plan for Siem Reap province. We have identified new potential tourism products, particularly in Kulen Mountain, the Tonle Sap area, and around the temples of Angkor,” Mr Khon said.

The ministry is now pushing Siem Reap authorities to decorate the streets and set up souvenir shops that cater to Chinese and Korean tourists, Mr Khon said.

He also asked businesses to refrain from selling counterfeit products to tourists, blaming the practice for the current downturn in tourist visits.

Chhay Sivlin, president of the Cambodia Association of Travel Agents, said the minister’s comments were on point.