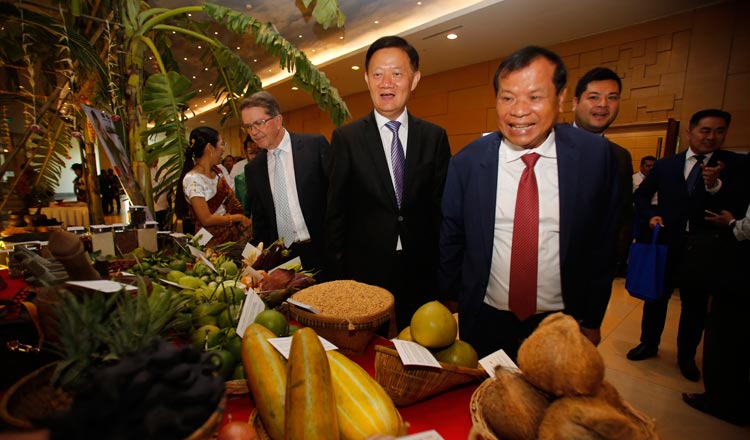 Tourism industry insiders and high-ranking officials gathered yesterday at Sokha Phnom Penh Hotel to discuss the role of gastronomy in attracting more tourists to the Kingdom.

“Food and gastronomy are key elements when it comes to attracting visitors,” the minister said at the event, which was organised in collaboration with the United Nations World Tourism Organization (UNWTO)

The minister praised Cambodia’s rich food tradition. “Food in Cambodia has a central role during cultural, traditional, and religious ceremonies.

“Different dishes acquire different meanings – some Cambodian dishes represent peace, while others embody ideas like solidarity and harmony,” he said.

Minister Khon said the conference aims to find ways of promoting the Kingdom’s culinary offer and use gastronomy to bolster national identity.

Xu Jing, UNWTO director for Asia-Pacific, highlighted the role of gastronomy in boosting tourism around the world, while also noting tourism’s importance in strengthening economic growth.

“Tourism is an important driver of economic growth that helps in the fight against poverty,” he said.

By organising the conference, Cambodia has joined a global movement to connect gastronomy and the tourism industry, Mr Xu said.

Gavin Bell, team leader of the Tourism Commercial Capacity Building Programme in Cambodia, said food tourism is a growing industry around the world.

“The world is increasingly open and becoming globalised. Tourists seek experiences based on local identity and culture. It is one of the most dynamic segments within the tourism market,” he said.