‘Food Street’ to be built in Kampot ahead of Sea Festival 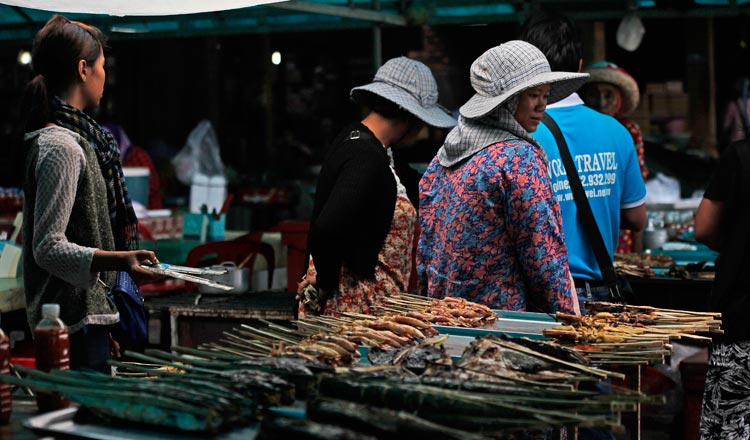 Kampot will be the first province to have a ‘Food Street’, an area with dozens of vendors offering local delicacies as part of a government scheme.

‘Food Street’ is a government-sponsored programme to attract more tourists to Cambodia by enhancing access to high-quality and hygienic local dishes.

The ‘Food Street’ in Kampot will be the first of many, each one highlighting the local delicacies of each province.

The Ministry said Kampot was chosen as a model for the scheme because the province will soon host the eight Sea Festival, an important event held every year on a different coastal province on a rotating basis.

The Ministry hails the Food Street scheme as a way of promoting hygiene in the preparation of street treats and beckoning international tourists.

In a meeting with local provincial officials on Monday, Tourism Minister Thong Khon said the Food Street programme will boost Kampot’s popularity as a tourism destination.

“We need to get Food Street ready on time for the Sea Festival and it must be beautifully decorated to attract tourists,” Mr Khon said in a post on the Ministry of Tourism’s Facebook page.

This year’s Sea Festival will be held December 20-22. The ministry has said it will draw half a million visitors to the province.

Chuk Chumnor, Ministry of Tourism spokesman, said the scheme will boost tourism in the province.

“The ministry has chosen Kampot province to host the first Food Street because it wants the province to be a model for the programme, showcasing delicious food that will attract many tourists,” Mr Chumnor said.