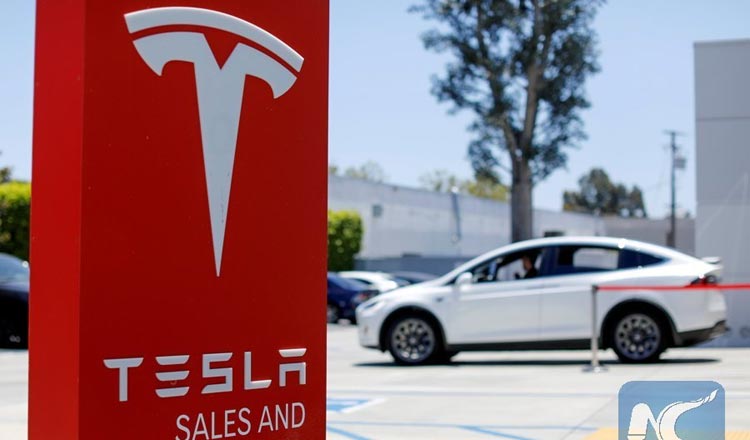 Tesla reported a second-quarter loss of $408 million, or $1.12 per share, compared to the loss of 40 cents forecast by analysts.

Overall revenues jumped 66 percent from a year earlier to $5.2 billion as Tesla reported sharply higher deliveries of its Model 3, the most affordable vehicle in its lineup and the hope for giving the company a wider customer base.

“We achieved record deliveries of 95,356 vehicles and record production of 87,048 vehicles, surpassing our previous quarterly records,” Tesla said in a letter to investors.

“This is an important milestone as it represents rapid progress in managing global logistics and delivery operations at higher volumes.”

Tesla said Model 3 deliveries reached an all-time record of 77,634, making it “the best-selling premium vehicle in the US, outselling all of its gas-powered equivalents combined.”

While Tesla cars have strong consumer appeal, investors have been frustrated by the pace of production and the ability of the company to hit its financial targets.