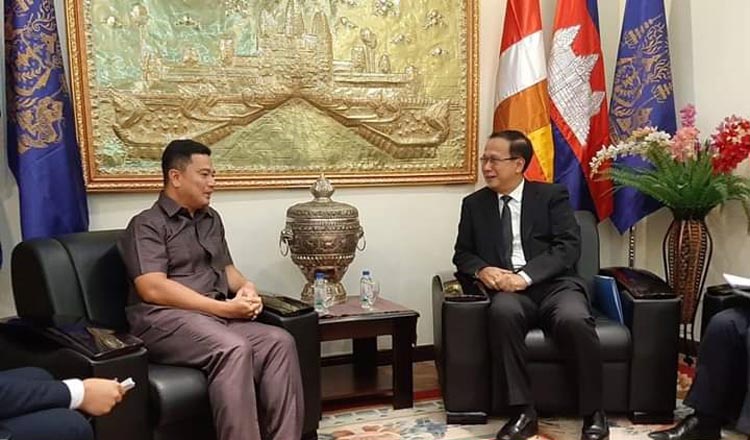 Minister of Commerce Pan Sorasak on Tuesday met with the Malaysian ambassador in Phnom Penh to consider the establishment of several factories in Cambodia to manufacture bicycle components.

The bicycle components produced at the factories would be used to supply local manufacturers, it was suggested during the meeting.

“At the meeting, the discussion centred on working together to build bike parts manufacturing facilities to feed local supply chains,” Mr Sorasak said in a press release after the meeting.

Last year, the Kingdom exported 1.52 million bicycles to the European Union, worth a combined $331 million, according to a World Bank report released in May.

In 2017, the Kingdom became the largest bicycle supplier to the EU, overtaking Taiwan.

Bicycles need to be comprised of a minimum of 40 percent local components to qualify for duty-free status in the EU, although goods from other Asean nations can count as local materials, according to the ministry.

Cambodia currently manufactures some of the components used in bicycles but it also imports them from countries in the region.