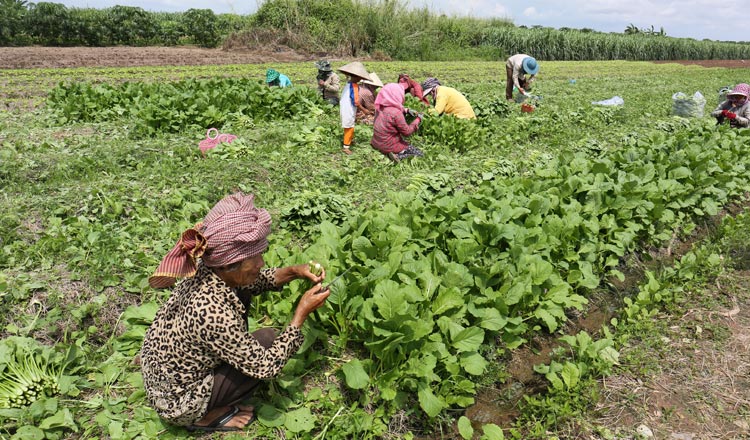 In a brief report released yesterday, the Ministry of Agriculture said that financial aid from the European Union has had a huge impact on the development of the Cambodian agriculture and fisheries sectors.

Following the Paris Peace Agreements of 1991, the EU became a major development partner that has supported the Kingdom in multiple sectors, the report said.

The report notes that financial assistance has targeted a myriad of areas, from smallholder livestock production to the economic and social re-launch of provinces in the country’s northwest.

Yesterday, the Delegation of the European Union to Cambodia issued a statement announcing the closing ceremony for the ‘Promotion of Inclusive and Sustainable Growth in the Agriculture Sector: Fisheries and Livestock’ programme.

It aimed to promote the equitable, inclusive, environmentally responsible and sustainable growth of the fisheries and livestock sectors, according to the EU statement.

In the same statement, the EU announced the launch of a new EU-funded project, the ‘Cambodia Program for Sustainable and Inclusive Growth in the Fisheries Sector’ or ‘Capfish’.

The launch will be held at the Ministry of Agriculture today.

Minister of Agriculture Veng Sakhon said the Capfish programme is expected to produce satisfactory short-term and long-term results for farmers, the private sector and consumers.