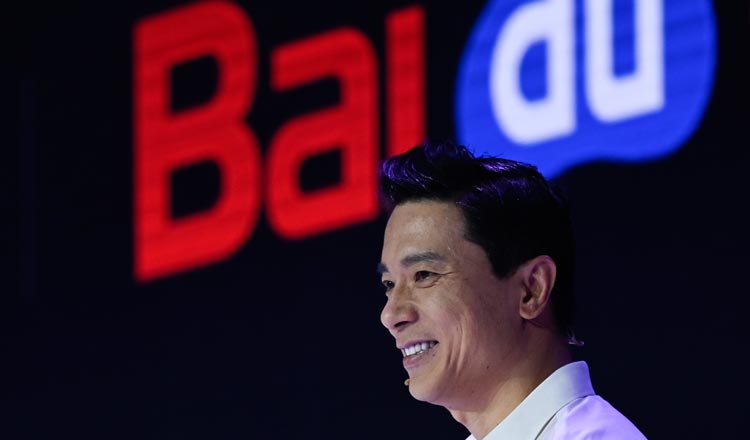 Chinese internet giant Baidu regained momentum during the second quarter, posting better-than-expected revenue on Tuesday thanks to strong traffic growth, though it also announced a huge drop in net profit.

The upbeat result was announced after US markets closed on Monday, sending the Nasdaq-listed company’s shares soaring as much as 10 percent in after-hours trading.

However, it warned revenue in the third quarter could decline as much as five percent.

“Faced with severe external challenges and a weak macro environment, the company initiated a series of transformative changes, including organisational structure, personnel, and business consolidation,” Baidu CEO Robin Li said in a letter to employees after the results.

“These changes have brought temporary pain, but the positive impact will be far-reaching, enabling a more solid and long-lasting future for Baidu.”

Baidu in May posted its first quarterly revenue loss since its IPO in 2005 as the company struggled to grow sales and the head of its core search business resigned.