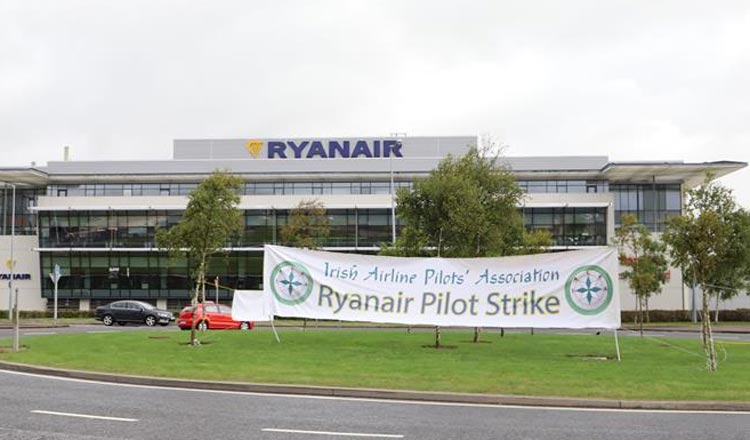 Ireland’s High Court yesterday blocked a planned strike by Ryanair pilots in the country due this week that had been triggered by a row over pay.

“The immediate industrial action (due Thursday and Friday) is restrained,” Justice Denis McDonald told the court in Dublin.

A total 180 directly-employed Ryanair pilots – members of the Irish Airline Pilots’ Association (IALPA) – had intended to match planned action by British pilots, which may yet be blocked also at a separate hearing in London.

The no-frills airline said the High Court’s decision to impose an injunction against the strike in Ireland “will come as a huge relief to thousands of Irish passengers and their families”.

The airline called on IALPA members – working with parent union Forsa – to return to mediation, but reiterated its hardline stance on pay negotiation.

“Small groups of workers, earning six-figure salaries should not be threatening to disrupt the holiday travel plans of Ryanair customers and their families,” the carrier said in a statement.