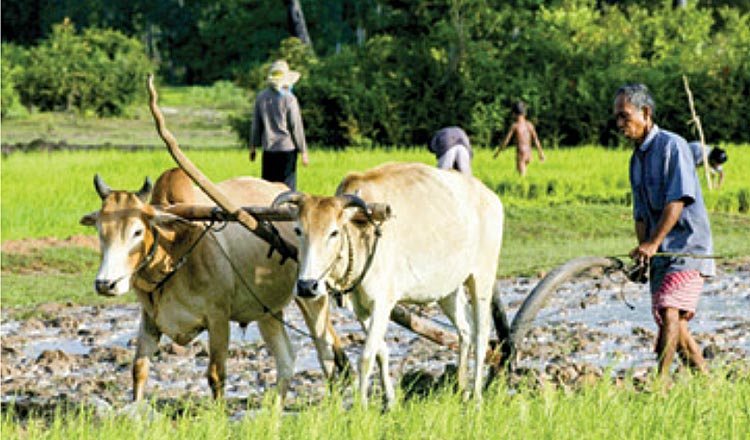 The Cambodian Rice Federation (CRF) yesterday asked the European Union to save the livelihoods of half a million families by halting the process to withdraw the Everything-but-arms scheme.

In a statement issued yesterday, CRF said cancelling the trade scheme would be a “painful” addition to the duties that the bloc imposed on Cambodia rice earlier this year to protect European producers.

“This year the EU imposed duties on Cambodian rice in order to protect domestic producers. This has been acutely felt by most of the 500,000 families in Cambodia who eke out a living farming jasmine and fragrant long-grain rice, even though these varieties are geographically specific and do not compete directly with products grown in the EU,” CRF said in the statement.

“As if this wasn’t painful enough, the EU is now considering the withdrawal of its Everything-but-arms programme,” it said.

The EBA allows goods from Cambodia and other developing nations to enter the EU free of duties and tariffs.

“EU legislators are threatening to end the arrangement to press for policy reforms in Cambodia. A political thrashing could lead to a virtual threshing of an industry and a way of life,” the rice body said.

Cambodian rice is produced in keeping with all international standards and CRF supports producers with programmes that are designed to encourage ethical, responsible and sustainable farming practices, the federation said.

“Without the EBA, these efforts will come to naught. The CRF appeals to the EU to save the livelihoods of half a million families and to save the work that we have done to earn your respect, that of consumers and that of those we serve.”

CRF secretary-general Lun Yeng yesterday discussed the main challenges to the sector if the Kingdom’s EBA status is removed. He said Cambodian firms will not be able to compete with foreign exporters unless the quality of local rice is improved.

“Without the EBA, we will have to pay tax. If this happens, we will have to strengthen the quality of our products and promote our brand more widely to be able to compete with rice suppliers like Thailand and Vietnam,” he said, pointing out that Vietnam will become an even more dangerous threat when it enters a free trade agreement with the European bloc.

“Losing our share of the EU market will be a great loss for the Cambodian rice sector,” Mr Yeng said.

In February, the European Union started a six-month process of intense monitoring and engagement that could lead to the temporary suspension of Cambodia’s preferential access to the bloc’s market under the EBA trade scheme.