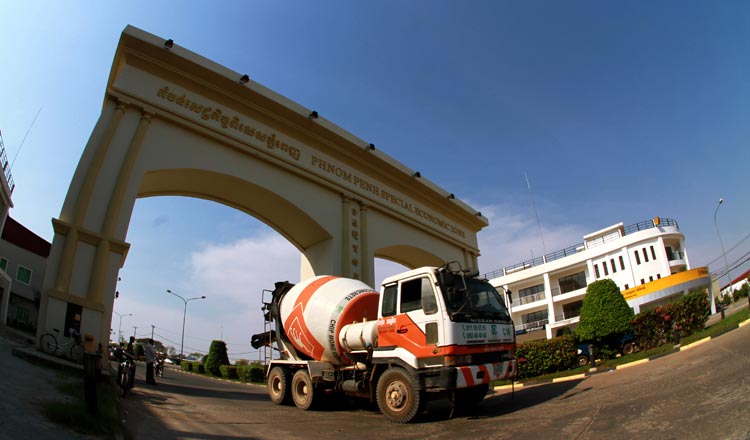 Industrial park operator Phnom Penh SEZ, a publicly listed company, yesterday released its financial results for the second quarter of the year, which show a robust increase in revenue.

PPSEZ, which trades on the Cambodia Securities Exchange (CSX) as PPSP, achieved nearly 14 billion riel (about $3.4 million) in revenue, a 60.8 percent hike compared to the same quarter last year.

At the end of June PPSEZ’s total assets were worth nearly 364.5 billion (about $89 million), the report indicates.

Tan Kak Khun, PPSEZ non-executive chairman, remarked in the report that the company is committed to doing business responsibly to ensure the economic zone grows sustainably.

“Our goal remains to be the leading industrial zone developer in Cambodia, growing sustainably and with stability to satisfy our stakeholders,” he was quoted as saying.

Hiroshi Uematsu, CEO of PPSEZ, said, “To ensure sustainability, we are following a strategy based on investment diversification in our economic zone, the expansion of related services and the creation of new sources of revenue.”