Chances rise of ‘no deal’ Brexit that would hit sterling 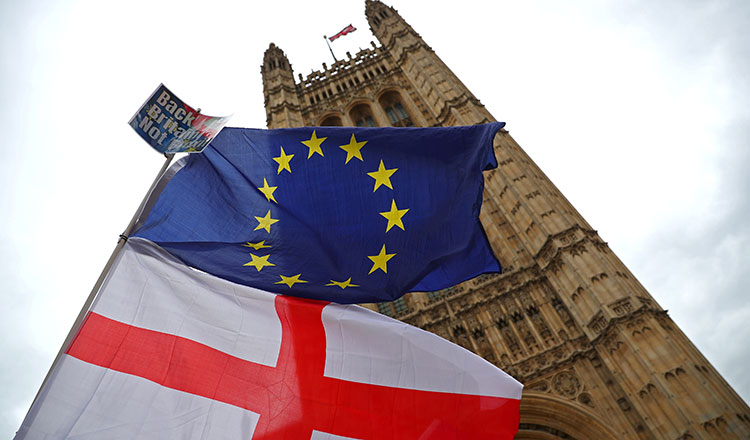 LONDON (Reuters) – The likelihood Britain crashes out of the European Union without a trade deal has increased, an outcome that would hurt an already weak pound, according to economists and foreign exchange strategists polled by Reuters.

Bank of England Governor Mark Carney said last Friday Britain faces an “uncomfortably high” risk of leaving the EU with no deal, while on Sunday trade minister Liam Fox put the odds of such an outcome at 60-40.

But economists were far less pessimistic, giving a median 25 percent chance no agreement was reached. That was, however, higher than the 20 percent in a July poll.

A dozen of 27 common contributors between that poll and this upped their forecast. Thirteen left them unchanged and two cut them.

“Given the talk over recent weeks the perception of no deal has increased. Fundamentally our base case is still that some kind of deal is struck. A deal is more likely than no deal,” said James Smith at ING.

Sterling fell on Wednesday, slumping below $1.29 for the first time in almost a year, in a sell-off fuelled by investor concern Britain will crash out of the EU without a trade deal. The poll was largely taken ahead of this latest fall.

However, 80 percent of economists said the most likely outcome will be the two sides agreeing on an EU-UK free trade deal, as has been predicted since Reuters first began polling on this in late 2016.

But in an upgraded second place was leaving without an agreement and trading under basic World Trade Organization rules.

Slipping to third place, according to those polled, was the scenario where Britain would belong to the European Economic Area, paying to maintain full access to the EU’s single market.

Once again, their least probable scenario was a decision to reverse Brexit.

Peter Dixon at Commerzbank said: “Despite the apparent increase in the likelihood of a disorderly Brexit, it is not in the interest of either party that this should happen and as a result I hold to the opinion that the cliff edge can (and must) be avoided.”

But if that common view is wrong and the two sides part ways without a deal then sterling would fall to $1.20, according to the median forecast given by foreign exchange strategists polled in the past week.