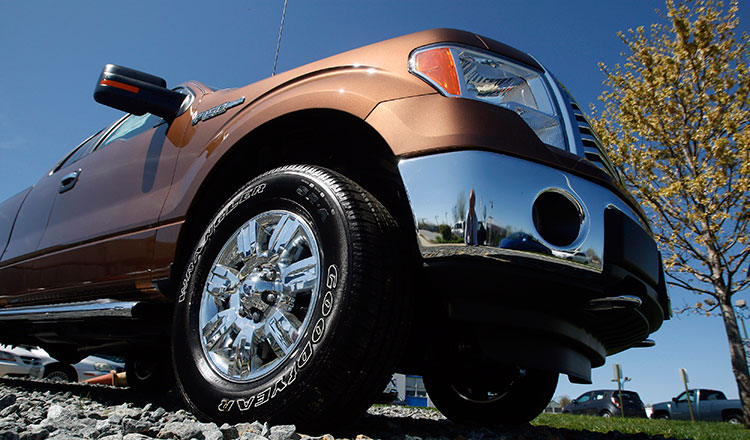 The redesign of the Ford F-series trucks, launched in 2014, set a new standard for fuel economy and lightweight vehicle construction. But armed with stopwatches and trained eyes, the GM engineers believed they saw problems.

The team did more intelligence gathering. They bought and tore apart Ford F-series doors sold as repair parts. Their conclusion: GM could cut weight in its trucks for a lower cost using doors made of a combination of aluminium and high strength steel that could be thinner than standard steel, shaving off kilograms in the process.

These pounds and penny-based decisions will have major implications in the highest stakes game going in Detroit: dominance in the world’s most profitable vehicle market, the petrol-fuelled large pickup segment.

The risks are high given the hits automakers have taken from US President Donald Trump’s trade policies. Rising aluminium prices spurred by Mr Trump’s tariffs are driving up costs on the Ford’s F-series, while rising steel and aluminium prices drag on GM results.

GM is betting that its core customers in the American heartland will keep paying premium prices – 27 percent of GM trucks sell for more than $55,000 – for these vehicles capable of hauling a trailer by day and substituting for a luxury sedan by night.

GM executives told Reuters that with the new trucks, GM will have a big cost advantage they can use to chop at Ford’s leading market share.

“We think we have thousands of dollars advantage (over Ford) just in the aluminium costs. It’s big,” said Mr Herrick during a walk through the Fort Wayne plant, which began shipping the new Silverados and Sierras late last month.

He said GM plans to use its Silverado cost advantage to put more safety or entertainment technology in the trucks, fund programs such as a promised fleet of electric cars and return money to shareholders.

At Ford, truck marketing manager Todd Eckert said the company plans to stick to its game plan. For 41 years, the F-series trucks have been the best-selling single model line in the United States.

“There’s always been competition in this segment and there always will be,” Mr Eckert said.

For decades, Ford and GM matched each other’s moves closely and built trucks that were similar in design, technology and capability.

With the launch of GM’s new trucks, the rivals’ technology strategies have diverged.

The debate within GM over whether to follow Ford’s aluminium strategy “was a really hotly contested item for us,” said Mr Herrick.