Things to See and Do - Kampot, Cambodia 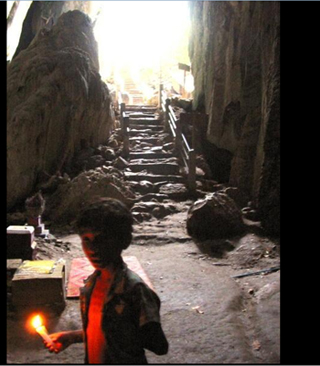 The caves of Phnom Ta aun are part of a limestone formation. Narrow cave, chimney, passages with rock formations. A bit more interesting are the caves at Phnom Sia. One cave contains a supposedly elephant shaped rock formation that is treated as a shrine. Bring a flashlight.Limestone mountains (phnom) dot the landscape between Kampot and Kep. Many contain limestone caves, some adorned with exotic rock formations, and almost all containing Buddhist shines. Make sure to bring a torch and wear shoes suitable for climbing on rocks.

The first of these caves have pre-Angkorian ruins within the limestone caves. You would find various brick structures of 5th century AD amongst the stalagmites and stalactites that are formed within the cave. You would also find 4th century structures which are the evidences of the state of Funan. While you enter the cave you would find limestone formations in the shapes of elephants. The entrance of the second cave lies about 300 meters from the first cave and to reach there you have to climb various piles of rocks and go through small openings. You would find a small shrine too in the second cave.

Caves near Kampot in Cambodia further include the cave at Phnom Sla Ta'aun Plain which is smaller in comparison to the other caves but still it is attractive to the climbers. The interesting things that you can find here are a small shrine as well as a huge rock that is balanced in a hole on the ceiling of the cave.Another interesting one among the Caves near Kampot, Kampot is the cave at Phnom Sasear which is also known by the name 'White Elephant Cave'. This cave is located next to a beautiful pagoda. If you go up the stairs that rise from the side of the limestone outcropping then you would get a wonderful view of the countryside especially during the monsoon. In this cave you would find a shrine. This shrine is located at the base of a limestone formation which resembles the shape of an elephant. Thus when you are on a sightseeing trip to Kampot you should not miss the opportunity of visiting the caves near Kampot, Kampot.

Find hotels in Kampot on Agoda.com. Free Cancellation and Pay when check out.

Map of Caves near Kampot

Other Attractions in Kampot 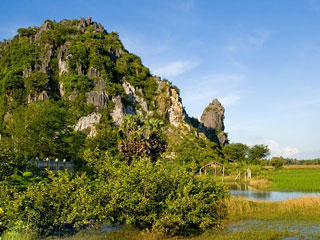 Pre-Angkorian ruin set in a limestone cave amongst stalagmites and stalactites that are slowly growing into the ruin. Small 4th-5th century AD brick structure associated with the ancient state of Funan. A bit of carving is still visible.When you go for sightseeing in Kampot a must visit spot is Phnom K'Chnor, Kampot. The Phnom... read more

Salt products are among the items Cambodia produces for export. Cambodia can produce enough salt for use inside the country and also for export. Most of products are made in Kampot district nearby the sea. read more 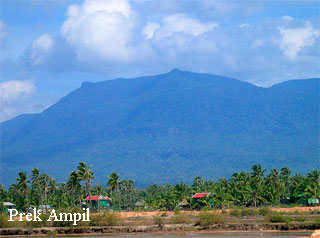 Prek Ampil is located on the coast in Koh Toch commune, Kampot district, about 18 kilometers west of the provincial town. Prek Ampil features a white sand beach with thousands of mangrove and coconut trees growing nearby, making the site ideal for visitors looking for a pleasant place to relax.In addition, there is an array of fresh... read more 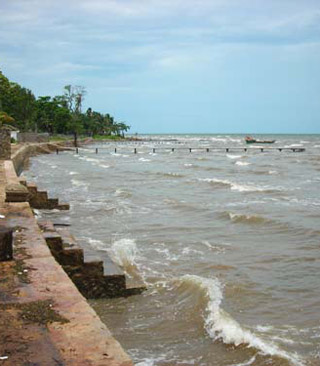 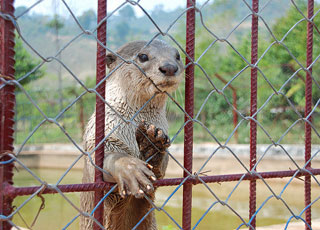 Asian-style mini zoo displaying a variety of local faunas. 8km north of Kampot.Teuk Chhou Zoo and rapids set among gardens and fruit plantations at the foot of the Elephant Mountains on the west bank of the Teuk Chhou River, 12km northeast of Kampot, the Teuk Chhou Zoo(daily 7am?5.30pm; $3) is home to a wide range of fauna,... read more

Teuk Chhu is located in Snomprampi village, Makprang commune, Kampot district, about 8 kilometers north of Kampot provincial town. Its main attraction is a stream that flows from Phnom Damrei via Phnom Kamchay. The cool, clear water flows over large rocks year round. This is a good place for swimming or bathing. There are many kinds... read more 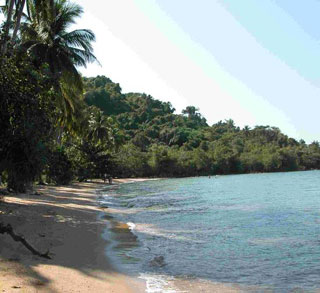 Rabbit Island is a small tropical island located about 20-40 minutes south of Kep by local boat. The island is blessedly undeveloped and lacks most services except for some rustic bungalows and a couple of rudimentary beach shack restaurants. Secluded white sand beaches dot the edges of the island, backed by a hilly coconut palm... read more 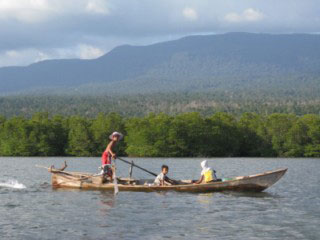 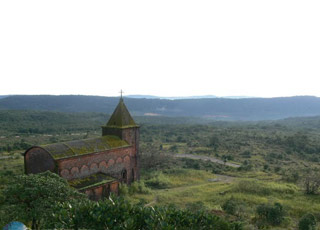 Make sure you get an early start. The summit of Bokor (1,080 meters high) is reached at the end of one of the worst roads in Cambodia and the journey (about 30km) takes a lot longer than you would think. Heavily potholed and scattered with reefs of the original asphalt surface, it is best traveled by 4WD or motorbike. Spectacular... read more

The caves of Phnom Ta aun are part of a limestone formation. Narrow cave, chimney, passages with rock formations. A bit more interesting are the caves at Phnom Sia. One cave contains a supposedly elephant shaped rock formation that is treated as a shrine. Bring a flashlight.Limestone mountains (phnom) dot the landscape between... read more 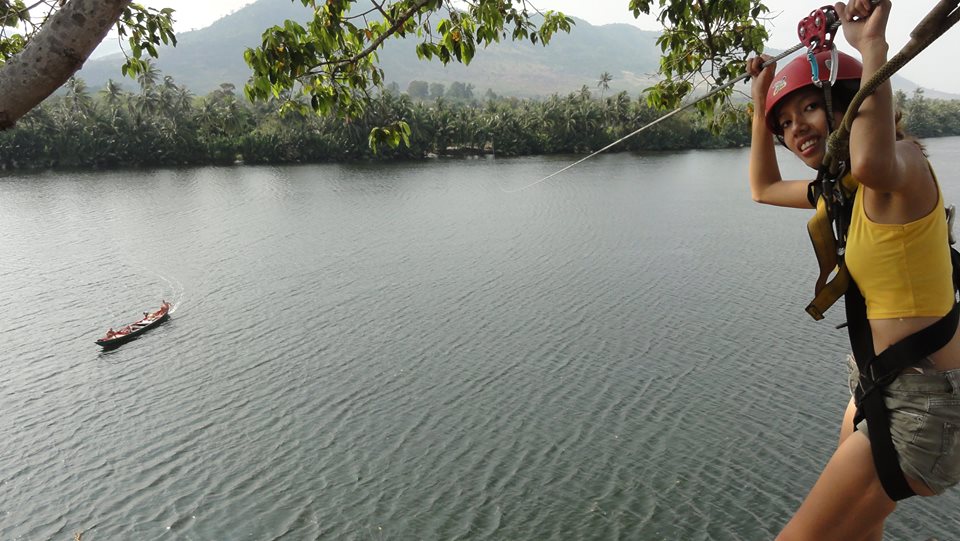 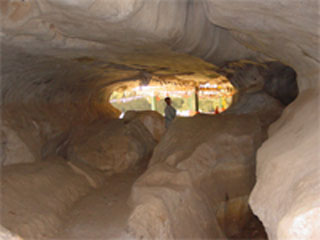 Kampong Trach is the district that borders Vietnam. The road trip from Kampot to the main town passes though some picturesque rural areas. There is a new side road to Kampong Trach town that skirts the base of Phnom Voar, (where the victims of the 1994 Khmer Rouge kidnappings were held.) These mountain areas of Kampong Trach were... read more