Things to See and Do - Rattanakiri, Cambodia 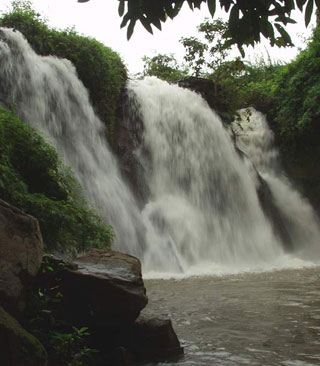 We went to see 3 waterfalls in total, visiting Ka Tieng, Kinchaan and Chaa Ong. To get to Ka Tieng. we had to go through a small river with the bike, which was pretty nerve racking, but worth the effort. On to Kinchaan, where we met some local guys keen to show off their cliff jumping skills, although i was happy to remain dry after my last cliff jumping experience ended in hospitalisation, with a torn medial knee ligament. I was happier to get wet at Chaa Ong, where Julia and I took a dip in the powerful spray dropping around 10 metres. We headed back to Ban Lung at sunset, impressed by the waterfalls and happy i had coped on the motorbike.Ka Tieng waterfall is located in Labang I commune, Lum Phat district, about 7 kilometers southeast of Ban Loung provincial town. Ka Tieng is below Ka Chanh waterfall and about 3 kilometers from it.

Closeby to yesterdays posted waterfall of Ka Chanh is the Katieng (or Ka Tieng) waterfall in Ratanakiri province, Cambodia. So close that both can be visited within an hour of Ratanakiri?s provincial capital of Banlung. Again take the road out of town west for 2 km then roughly 3,5 km to the south just beyond a school is a dirt track veering off to your right. Keep following this track past cashew nut plantations (with the possibility of taking an elephant) until the road descends over a rutted track. In all from the turn it?s about 1,5 km. From the food stalls it is pretty obvious that you have arrived though the road proper fords the stream and continues onwards. A small entrance fee is required. Above the 10 m high fall is a large park like area. Off to the left is a trail that leads to a staircase to the huge pool below well worth a great swim.

Ka Tieng waterfall is in the middle of lush forest at the Lbang I commune, Lumpart district, 7 kilometers south-west of Banlung Town. The name of Ka Tieng is originally got from Kreung hill tribe in Ka Kieng village. The waterfall is about 10 meters high, which is flows and falls throughout the year. Visitors will feel release with the huge clear waterfall and a beautiful natural landscape around the area. Around the waterfall, there is forest full of big and small trees projecting the cool shadow suitable for resting, viewing the water falling down and having picnic here.

The Katieng Waterfall, Ratanakiri is one of the less visited waterfalls in the area. You can enjoy some wonderful time if you combine your visit to this waterfall with an elephant ride. Elephant rides are available from the elephant village of Phume Kateung, north of the falls. You can also see the Katieng Waterfall, Ratanakiri from flights, if you are lucky. When the plane is landing or taking off, watch out for the falls. Elephant rides to this falls are available for an hour and a half. These can be organized by the lodges you are staying in.
Find hotels in Rattanakiri on Agoda.com. Free Cancellation and Pay when check out.

Other Attractions in Rattanakiri 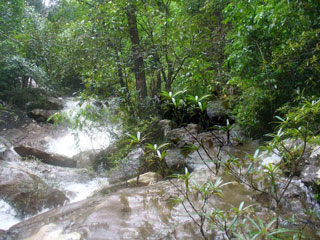 Ou'Sensranoh Waterfall is situated 9 km. south of Banlung. The height of it is 18m. and the water flows and falls all the time. The visitors can go there rest and enjoy the fresh air, or to se the forest and listen to the birds ' cries.Ou?Sensranoh Waterfall, Ratanakiri is one of the popular waterfalls of this colorful province. The... read more

To get to the various sights in this area, head west from Banlung to a big fork in the road that has a large painted sign in English (the fork is 8 km from the Independence Monument). The sign says that the road to the right takes you to Taveng, 67 km away (that?s from town, not from the sign). Following this road for a few... read more 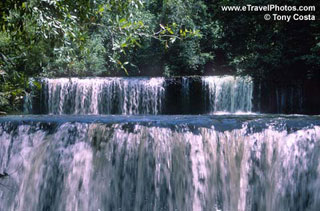 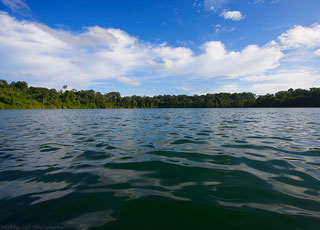 Beung Yeak Laom is located in Yeak Loam commune, Ban Loung district, about 5 kilometers south of Ban Loung provincial town. A lake in the middle of a mountain, it was formed many centuries ago from a volcano. The lake is about 800 meters in diameter and 48 meters deep during the dry season. The water is clear and suitable for... read more 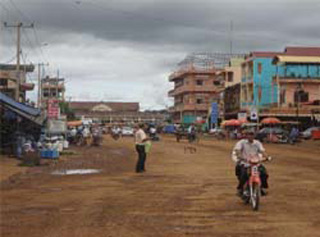 Viel Rom Plong is a huge granite terrace in the forest in O'Chum commune, O'chum district, about 14 kilometers northest of Ban Loung provincial town. The site is a popular place for picnic. According to the Kreung legend, there once was a boy named Rom Plong who flew his kite on this terrace. Unfortunately, the kite got stuck in a... read more

We went to see 3 waterfalls in total, visiting Ka Tieng, Kinchaan and Chaa Ong. To get to Ka Tieng. we had to go through a small river with the bike, which was pretty nerve racking, but worth the effort. On to Kinchaan, where we met some local guys keen to show off their cliff jumping skills, although i was happy to remain dry after... read more 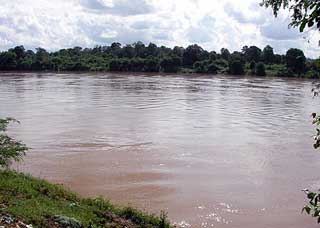 Ou'Chaloy is located in the Sre Pok river It is situated 34km. south - west of Banlung. The tourist recreation in Ou'Chaloy is only during the dry season.Ou?Chaloy, Ratanakiri is a popular tourist attraction in this colorful region of Cambodia. The province of Ratanakiri lies in northeastern Cambodia. It is a picturesque destination... read more 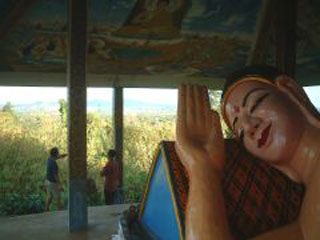 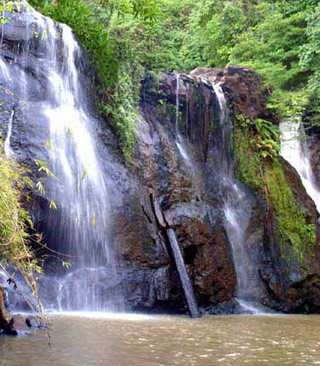 Ka Chanh waterfall is located in Ka Chanh commune, Ban Loung district, about 6 kilometers southeast of Ban Loung provincial town. The waterfall is 12 meters high and is fed year round by the Kan Teung canal. From the waterfall the water flows into Sre Pork River in Lum Phat district. The waterfall was given its name by the Kreung... read more 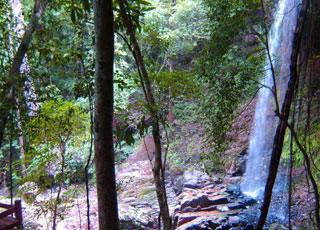 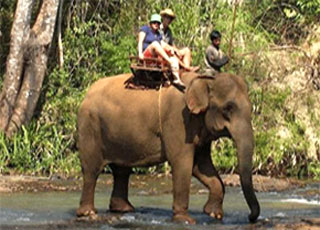 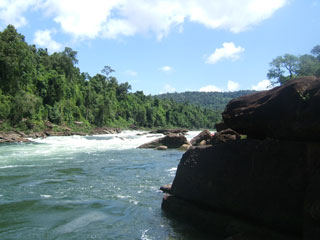 This place has a pond. the visitors can go there to see the animals and birds which comes to at the pond .Beside this the tourists can go visit the ethnic villages, ethnic culture (tradition belief, festival, dancing, music).The Norng Kabat Forest, Ratanakiri is one of the splendid tourist attractions in Ratanakiri, which attracts... read more 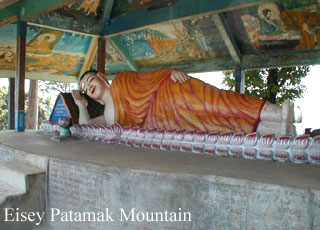 Phnom Eysei Patamak, which is also known as Phnom Svay,is about 2 kilometers west of Ban Loung provincial town. At the foot of the mountain is Wat Isana Rattanaram, where villagers living in Ban Loung come to worship. On the top of the mountain there is a large statue of the reclining Buddha reaching nirvana. It was built in 1994.... read more