Ticket sales revenue at Angkor temples down 9 percent in Q1 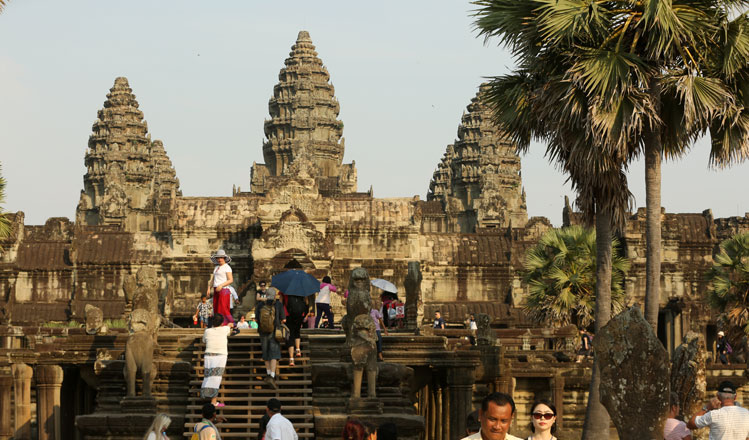 Revenue from ticket sales at the Angkor Archaeological Park declined by 9.3 percent during the first quarter of the year, reaching only $35.9 million.

This marks the first time revenue has dropped since the government took over ticket sales in 2016.

From January to March, the number of foreign visitors to the Angkor Archaeological Park, which includes the famed Unesco-listed Angkor temples, declined 8.2 percent, with just 787,900 foreign tourists visiting the complex, according to a statement released yesterday by the state-run Angkor Enterprise Institute, which manages ticket sales.

Chhay Sivlin, president of the Cambodia Association of Travel Agents, said ticket sales decreased because little was done to promote the destination during Q1, which she says coincides with the low season in the tourism sector.

“We have noticed that more people bought one-day passes as opposed to three-day passes. This may be because they want to save money or because there are not enough tourist attractions in the area to keep them here longer,” she said.

“I also think fewer people visited because we are in the low season and because little promotion was done. If the government and the private sector work together to come up with new promotions and offers, we will attract more tourists in the next quarter,” she said.

Last year, the park earned $116 million in income, an increase of 8 percent year-on-year.