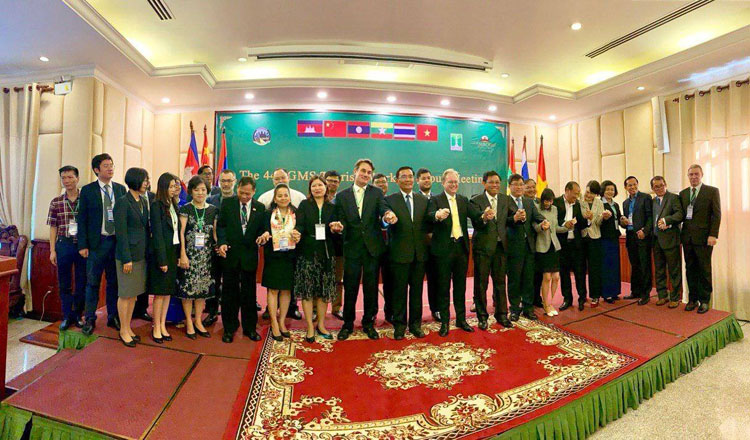 During the 44th GMS Tourism Working Group Meeting, held last week in Siem Reap, the six countries that form GMS signed an agreement to strengthen cooperation in tourism and attract more tourists to each country.

The countries agreed to follow a strategy (joint action plan) for 2020-2025 that aims to increase the number of tourists from other GMS countries as well as from countries outside the region. The plan tackles infrastructure development, investment, collaboration on marketing and the development of the sector’s human capital.

He noted that tourism cooperation within GMS was already strong.

“Because of this cooperation within GMS, Cambodia received financial support to build the tourist seaport in Kampot, a road along the coast connecting Vietnam, Cambodia and Thailand, and a railway line from China. Construction for some of these projects has already begun. For others, it will begin soon,” Mr Chmuno said.

“The goal is to increase the inflow of tourists into the GMS region by improving infrastructure and facilitating the paperwork,” he said.

In 2018, GMS welcomed more than 67.5 million international tourists. Cambodia accounted for 6.2 million of those tourists.

From January to September, 4.8 million international tourists visited Cambodia, a 10 percent increase compared with the same period in 2018.

Thourn Sinan, chairman of the Pacific Asia Travel Association, said GMS countries should continue to communicate with transparency when it comes to tourism, trade, and business activities.

He said GMS countries should be more open to dialogue and trade while respecting each other’s laws.