Things to See and Do - Siem Reap, Cambodia

Kunlen mount is situated at north east of Angkor Complex about 50 Km, it takes approximately 2 hours drive up to the hill top with 487 meters height and plateau stretches 30 km long, it is opened for tourists in 1999 by private owned and charged for $20 toll per foreign visitors. The company developed road up to the peak. It is only possible to go up before 11 Am and only possible to come down after midday, to avoid vehicles meeting on the narrow road.

Kulen is considered by Khmers to be the most sacred mountain in Cambodia and it is a popular place for domestic visitors during weekends and festivals. The hill is used as the ancient capital city II in AD 802 to declared himself as god king and announced independence from Java, then giving birth to present day Cambodia.

On the hilltop there are 56 Angkorian temples made of bricks and volcanic stones, but most of them are badly in poor condition, today name Hahendrapura, founded in the reign of King Jayavarman temple base only is remain intact.

The visible sites in modern day are Prasat krau Romeas, Rong Chen ( the first mountain temple), Sra Damrei ( Elephant pond), Thousands of phallic symbols carved a long liver bed and divided in three ports for the Hindu trinity gods. These three ports used for baptistery. At the summit of the hill you can see Buddhist pagoda and a large reclining Buddha statue 8 meters length carved into a sandstone bock in 16th century.

The water is considered holy and Khmers like to bottle it to take home with them. The source of water eventually flows in to Tonle Sap Lake and is thought to bless the water ways of Cambodia.
Find hotels in Siem Reap on Agoda.com. Free Cancellation and Pay when check out.

Other Attractions in Siem Reap 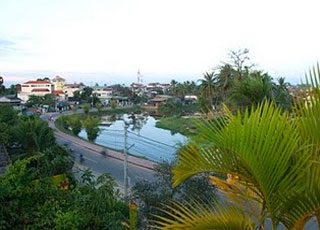 The Siem Reap River parkways and the big park in front of the Hotel Grand d'Angkor are nice for a jog, stroll and people watching, especially in the early evening hours when the locals are out in numbers. The river area is pleasant and the park is nicely landscaped. There are plenty of drink and snack vendors around. The king's Siem... read more

Preah Khan temple is located 2 kilometers north-east of Angkor Thorn on the Grand Circuit. The temple was built in the second half of the 12th century in AD 1191 by King Jaya-varman VII, dedicating to his father Dharanindravarman. The Buddhist complex covers 56 hectares served as the nucleus of a group that includes Neak Pean and... read more 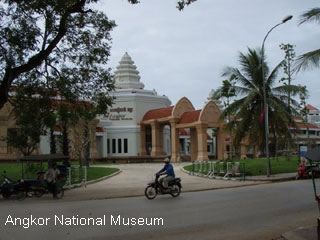 Visiting the Angkor National Museum was an eerie, surreal experience. For the first 45 minutes of our trip through the mammoth, 20,000-square-metre building, we didn't spot another visitor. The museum opened in November 2007, and its freshly painted, shopping mall-like feel contrasts with the thousands-year-old artefacts contained... read more 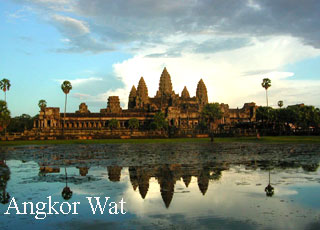 There are few places anywhere on earth to match the splendour of Angkor Wat. The temple is one of the largest monuments to religion ever built and is truly one the wonders of the world. Believed to have been constructed as a temple and mausoleum for King Suryavarman II at the peak of the Khmer empire in the first half of the 12th... read more

The citadel of the cells . In the ruin and confusion of Banteay Kdei the carvings take one's interest. They are piquant, exquisite, not too frequent... they seem meant.. to make adorable a human habitation.Banteay Kdei is located south of Ta Prohm. A enter the monument from the west and leave at the west or vice versa, either way,... read more 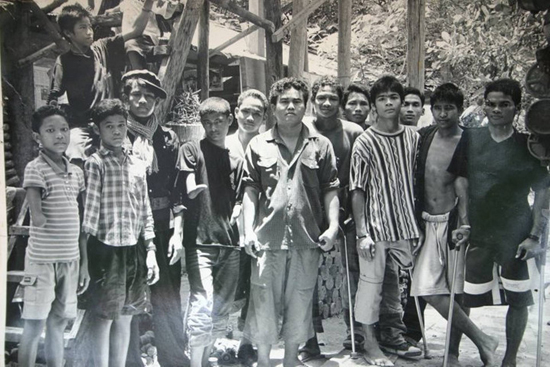 The Cambodian Landmine Museum was established in 1997 by ex-child soldier Aki Ra. After years of fighting he returned to the villages in which he planted thousands of mines and began removing them, by hand, and defusing them with homemade tools. In 2008 he established a formal demining NGO, Cambodian Self Help Demining (CSHD). ... read more

Beng Mealea was built in middle of the 12th century, with later additions in the reing of the SuryavarmanII with the style of Agnkor Wat and dedicated to Hinduism.40 km due east from Angkor Wat. Take the road to Banteay Srie, but at the fork 2 km before Banteay Srei (31 km from the Grand Hotel, Siem Reap and 17.5 km from the village... read more

Khmer Classical DancingThe Hotel Grande de Angkor has a restaurant and stage near the river that features nightly performances of the apsara-style dancers. The show and buffet dinner is US$ 22. read more 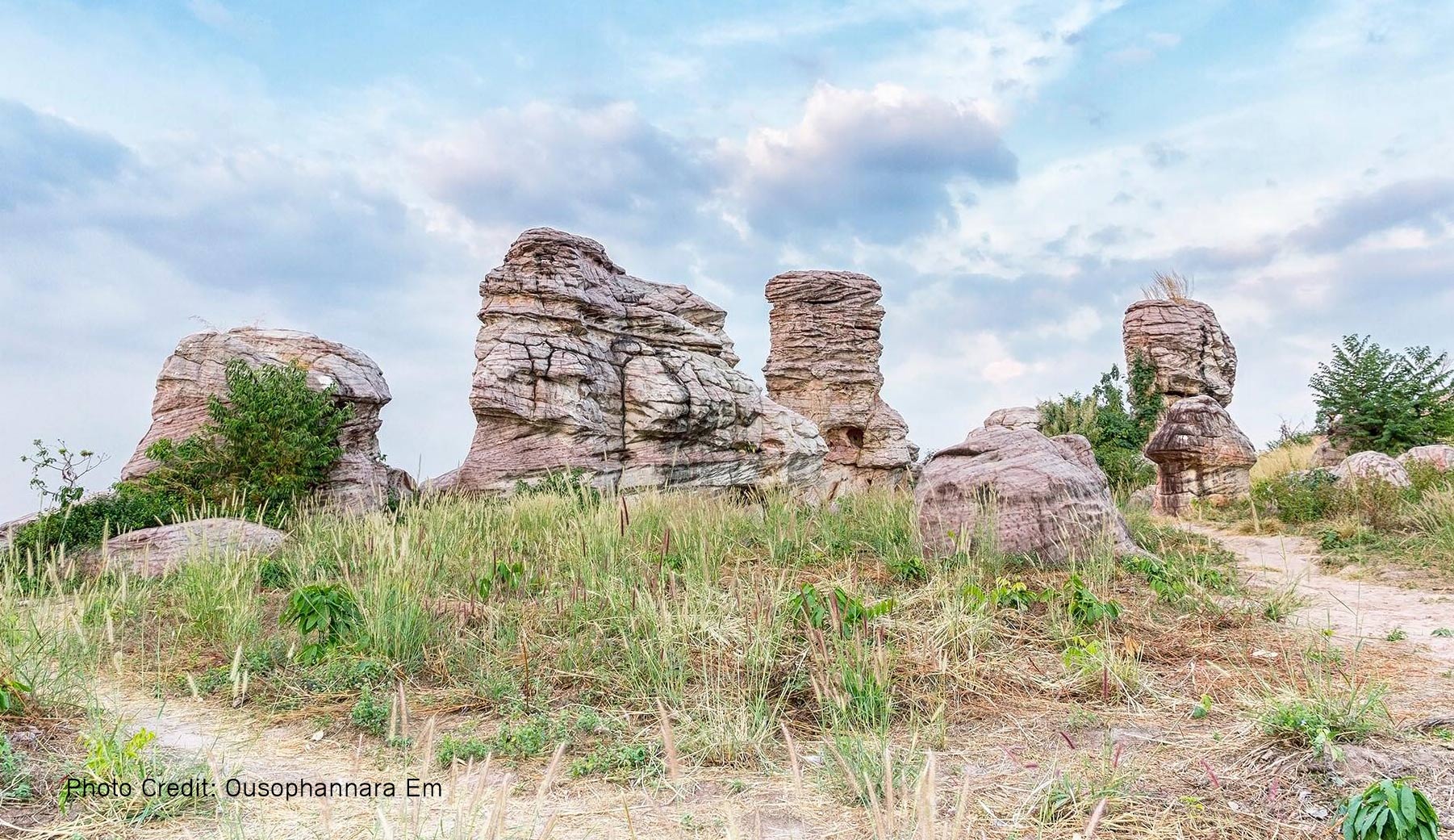 Located 60 km north of Siem Reap town, lies a beautiful natural wonder but relatively unknown called ‘Peung Tanorn’ or ‘Perng Tanorn’. Peung Tanorn is situated on top of a series of hills with massive sandstone formations scattered around the site. At first glance, you may think it is at Arches National Park in Utah because... read more 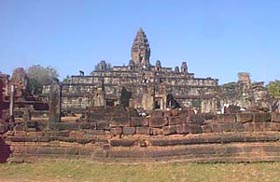 Bakong is located at Roluos south of Preah Ko. Enter and leave the temple at the east. A modern Buddhist temple is situated to the right of the east entrance to Bakong. It was build in late ninth century (881) by king Indravarman I dedicated to Siva (Hindu) followed Prah Ko art style. BACKGROUNDBakong was the center of the town of... read more 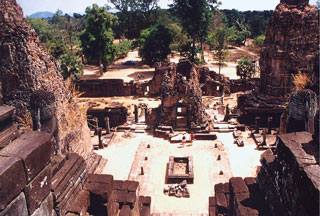 East Mebon How to go: Location: Description: Also built in the 10th Century by Rajendravarman, this temple was situated on a small island in the middle of the Oriental, or Eastern, Baray. It has all the characteristics of the mountain temple but was accessible by boat only. From the inscriptions found close to it, we know that... read more 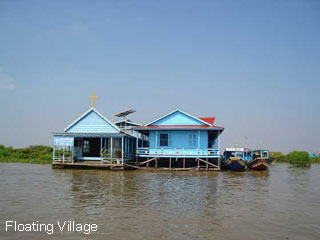 Five provinces circled the area of Tonle Sap Lake, more than three million of population inhabited around the bank of the Lake and 90% of them earn a living by catching fish and making agricultures. As you can see on the map of Cambodia It stretches across the northwest section of the country.The Lake is the largest fresh water in... read more 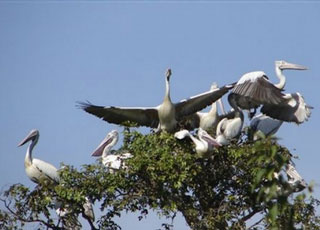 Not far from the ancient temples of Angkor, in the heart of Cambodia, lies the huge Tonle Sap lake, the largest in Southeast Asia. The Tonle Sap is connected to the Mekong by a short river also called Tonle Sap. During the rainy season, from May to October, the river reverses its flow into the lake causing it to expand to more than... read more 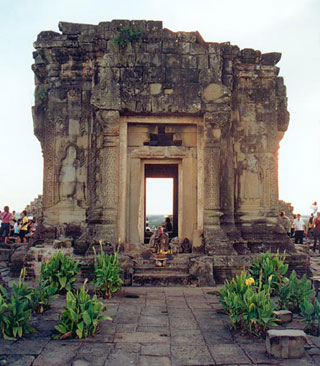 Phnom Bakheng is a temple built on a hill of the same name, where the first city at Angkor was established. This gives its state temple on Phnom Bakheng special significance. It was to here that Yasovarman I moved his capital from Roluos. His capital city, called Yasodharapura, was larger than Angkor Thom, which came later, and was... read more 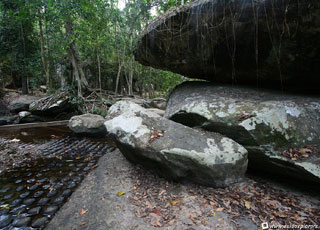 Kbal Spean is an ancient Angkor ruin that is a 90-minute bumpy ride from Siem Reap, on the same route to Banteay Srei. The tarred road ends at Banteay Srei, after which the roads become either very muddy or very dusty, depending on the time of the year. Upon your arrival at the foothills, get ready for another 45 minutes of... read more 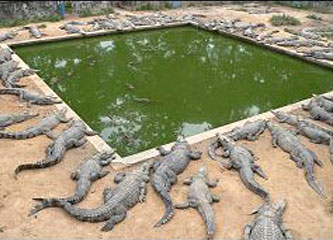 There is a crocodile farm on the south end of Siem Reap and they have about 300 crocodiles of various sizes and dispositions.They charge US$ 1 admission for foreigners and 1,000 riel for Cambodians. You can buy stuffed crocs on the premises. Just head south on Sivutha Street, cross the bridge and it's down another km from there. read more 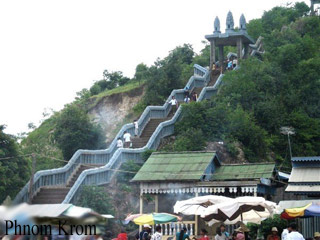 This is the big hill that you see near the landing if you head to Siem Reap by bullet boat. The hilltop area provides magnificent panoramic views of the Great Lake Tonle Sap, the surrounding countryside and Siem Reap town. The commanding view of the lake was used for a more practical, albeit more deadly, purpose in the fairly recent... read more 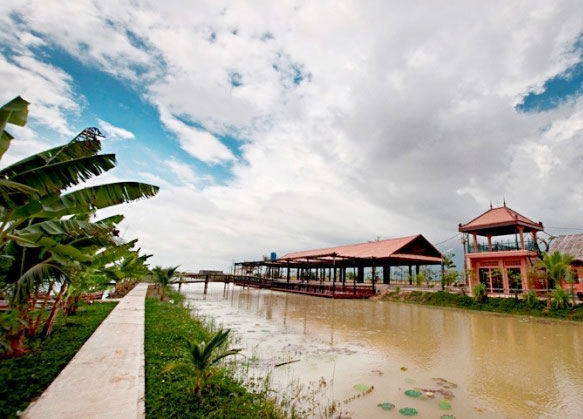 Srok Yeung or Our Ecotourism Site

BackgroundSrok Yeung or Our Ecotourism Site is a community-based recreational area located at the foot of Phnom Krom mountain near the Tonle Sap Lake, the largest lake in Southeast Asia and also home to theworld's most productive inland fishery. Situated on the northwest Cambodian floodplain, the 100-hectare rural property is owned... read more

Kunlen mount is situated at north east of Angkor Complex about 50 Km, it takes approximately 2 hours drive up to the hill top with 487 meters height and plateau stretches 30 km long, it is opened for tourists in 1999 by private owned and charged for $20 toll per foreign visitors. The company developed road up to the peak. It is only... read more 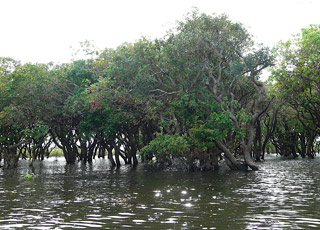 Kampong Pluk is about 20 Km locates on the Southeast of Siem Reap Town. Two ways are accessible to Kompong Pluk, a charter boat ride from Chong Kneas takes one and a half hour and the other by overland just one hour by car, upon arrival at dock meet a boatman drives a long a small stream to the village. In dry period we can drive... read more 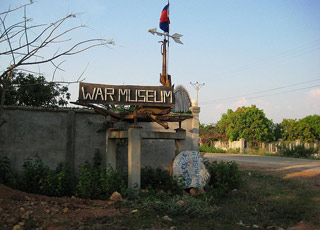 The War Museum in Siem Reap is the only War Museum in Cambodia. It offers visitors a unique and insightful view of the perils that Cambodia faced during the last 3 decades of the 20th century. It gives also visitors an excellent opportunity to learn more about what actually occured during Cambodia’s ‘war years’. read more

Banteay Sam Re located at Preah Dak commune, Bon Tiey Srey District by Charles De Gaulle Road via Angkor Wat in 16-kilometer distance from the provincial town of Siem Reap.This temple is somewhat islocated, and you should be vigiland of your possessions and travel with a local guide. The temple is worth the extra effort to... read more 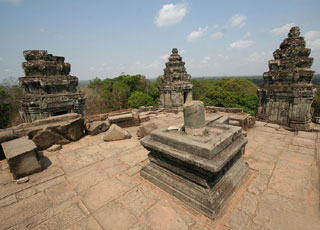 Kampong Khleang is located on the northern lake-edge about 55 km east of Siem Reap town, more remote and less tourist than Kampong Pluk. Visitors to Kampong Khleang during the dry season are universally awestruck by the forest of stilted houses rising up to 10 meters in the air. In wet season the waters rise up to one or two meters... read more 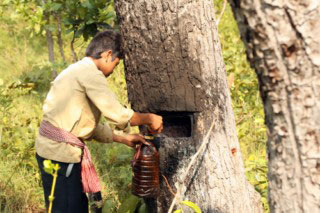 Thmat Boey is located in Kulen Promtep Wildlife Sanctuary in the North of Cambodia. Thmat Boey is about 4 hours away from Siem Reap Town or 7 hours from Phnom Penh. During the dry season Thmat Boey can be reached by 4-wheel drive vehicles. During the rain season motorbikes have to be used for the last 2km. read more 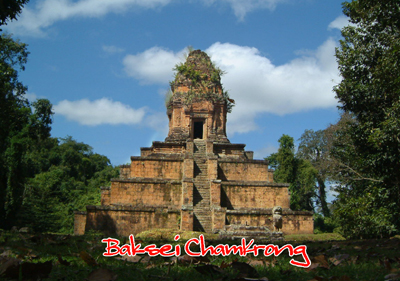 The bird that shelters under its wings. This little temple with its four square tiers of laterite, crowned by a brick sanctuary, might serve for a model in miniature of some of its giant neighbors, and is almost as perfect as perfect as the day it was built... Prasat Baksei Chamkrong is located 150 meters (492 feel) north of Phnom... read more 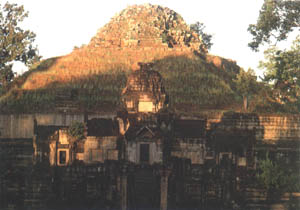 This temple built by Udayadityarvarman II was the most poorly constructed of all the temples in Angkor. From the remaining ruins, it is possible to see how imposing it was. This temple hill was dedicated to Shiva, but in its reliefs many motives from the Vishnu epic can be seen. Restoration work continues to be carried out on the... read more 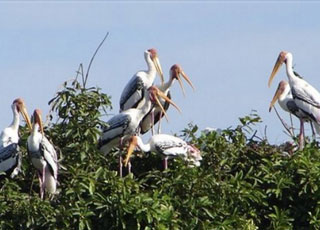 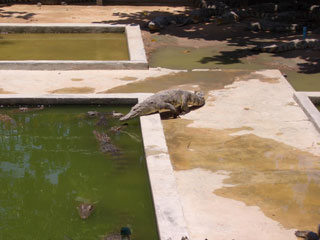 Angkor Zoo How to go: 5 km (10mn) From Provincial Town. Location: Description: Nature Wildlife and Preserves, Location: Mondol Chon Pika, Angkor Compound.The Angkor Zoo, Siem Reap is one of the most visited and popular tourist attractions in the town. Tourists coming to the town make it a point to visit this zoo in their pass time.... read more