It was late at night on Oct 2 when the judges cast their votes and announced Meas Chantha – affectionately known as Jack – had won gold at the Wanderlust World Guide Awards 2019 in London. 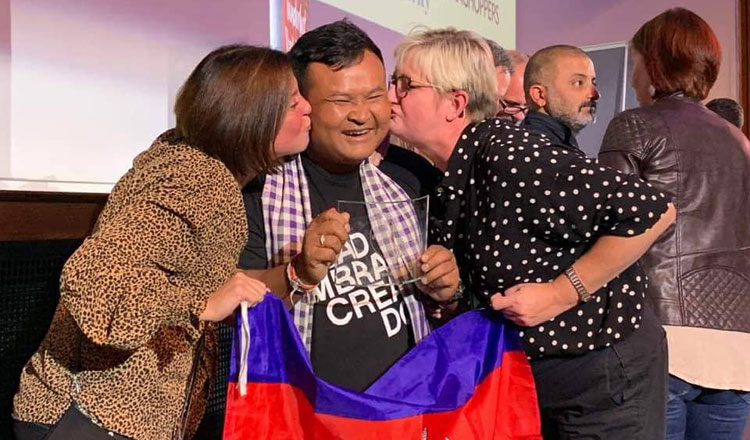 London’s Royal Geographical Society played host to Mr Meas and a handful of other finalists who had been chosen out of more than 2,000 nominated tour guides from around the world and assembled in London where industry specialists judged the guides.

Representing Cambodia and Canadian tour company G Adventures, Mr Meas’s passion, expertise, and sensitivity when dealing with the often troubling history of the Kingdom were all factors that led judges to award him the gold award.

“Mr Meas ticks all of the boxes, with the qualities and natural attributes of an exceptional guide – he’s the one that I want to go on tour with the most,” says judge and seasoned British tourism veteran, Alex Graeme.

Wanderlust’s gold award is accompanied by a £5,000 ($6,144) bursary – the winner may choose to use it on a social impact project or on further education. Mr Meas has pledged to use his winnings to create a community cycling tour for students in Siem Reap province, as well as developing a teaching programme for children in his local village.

Speaking with Khmer Times from Old Kent Road in London, Mr Meas expresses an immense pride for himself, for G Adventures and for Cambodia for having such an award bestowed upon him.

“Now there are tourism products like nice hotels, guesthouses, pubs and the markets have been built up a lot over the last 15 years, which is so good for tourists and for Cambodia,” he says.