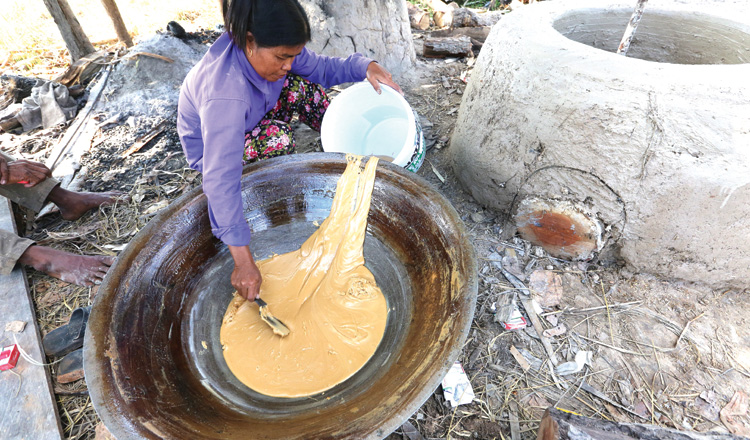 Kampong Speu palm sugar production is promising while demand is rising and farmers are happy with the current price, according to Kampong Speu Palm Sugar Promotion Association (KSPSPA).

KSPSPA’s President Sam Saroeun said yesterday that the harvest season of palm sugar completed in June this year, with the total amount of production reaching 100 tonnes and selling out.

He said that Kampong Speu Palm Sugar is exported to six countries worldwide: China, South Korea, France, Spain, UK and the US.

Saroeun added that the demand for Kampong Speu palm sugar each year has increased year-on-year.

Saroeun said that the market for the sugar is promising. So far, there are 280 farmers in his association producing palm trees. He added that demand is more than 200 tonnes per year. The association says it will work with farmers to produce palm sugar to fulfil only what the market needs.