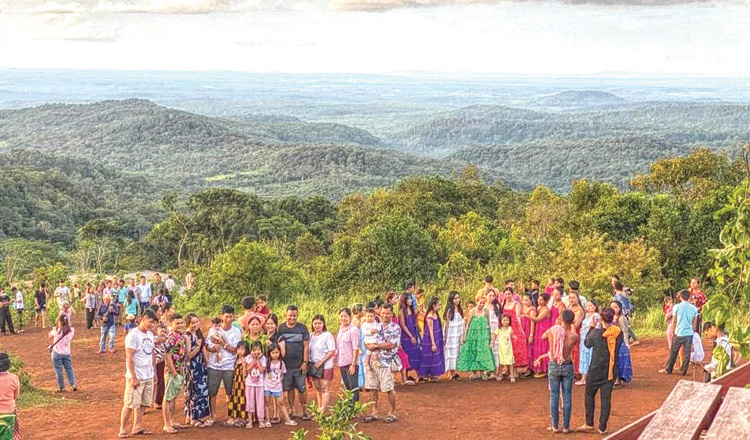 The Swiss government will continue to support professional tourism development projects for Cambodians living in the northern and northeastern provinces for another four years, according to the director of the Swiss Cooperation Office.

The statement was made during a meeting between Tourism Minister Thong Khon, and Markus Buerli, director of the Swiss Cooperation Office at the Swiss Consular for Cambodia at the Ministry of Tourism this week.

Buerli told Tourism Minister Khon that from 2022-2025, the Swiss government will launch a new major development project that will follow a number of countries in the Asean region, including Cambodia. The project will be implemented in many areas such as tourism, employment and vocational training.

In connection with this new development project, Switzerland will continue helping to develop tourism skills for Cambodians in the northern and northeastern provinces of Kratie, Stung Treng, Preah Vihear, Ratanakiri and Mondulkiri.

Buerli added that he is
very interested in Cambodia, which is rich in natural resources, and potential tourism, especially eco-tourism in the northern provinces and northeastern regions, which he says he loves and wants to participate in conservation there.

“In order to help protect these natural resources, they need to increase the potential of ecotourism, which allows local people to earn more income, avoid deforestation and end wildlife hunting that lead to the destruction of resources and nature in the country. Therefore, he wants to promote vocational tourism training to the local people so that they have clear skills to serve well,” Buerli said.

Khon expressed the support of the Swiss government. He said the Ministry of Tourism has been preparing a roadmap for 2020-2025 that will be divided into three stages. The years 2020-2021 will be a stage before the recovery of tourism in crisis management, 2021-2023 will be a phase to solve the difficulties arising from the COVID-19 crisis to help tourism, while 2023-2025 will be the moment to strengthen tourism for future progress.

The minister also requested further cooperation, especially in the field of community tourism, in order to increase training in the quality of tourism services to more communities and local people and respond to a new context after the crisis of COVID-19 known colloquially as the new normal.