Get up and about: PM orders reopening of schools and allows activities curbed over ‘November 3 incident’ 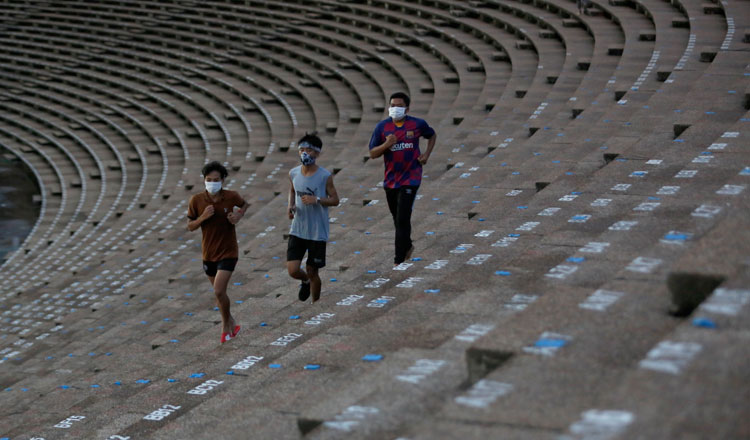 Prime Minister Hun Sen has ordered the reopening of schools, museums, cinemas and other venues after the fourth tests on more than 1,400 people affected by the “November 3 incident” came back negative for COVID-19.

The order comes after Mr Hun Sen announced that quarantines over the “November 3 incident” would end today for Phnom Penh and Kandal, Pursat, Prey Veng and Kampong Thom provinces, while Kampong Chhnang province will end them on Saturday.  Kep, Preah Sihanouk, Kampong Cham provinces will end quarantines on Monday and Preah Vihear and also Ratanakiri provinces on Wednesday.

He also allowed the wedding ceremonies, which residents decided to suspend in the past to prevent the spread of the COVID-19 virus, but said people had to adhere to preventive measures as instructed by the Ministry of Health.

“Please facilitate marriages, just pay attention to hygiene issues, such as the requirements of the Ministry of Health,” Mr Hun Sen said.

“We should remain cautious, but we must not shut down the economy and other socio-economic movements. Take care to solve the problem. Conduct checks to facilitate activities and remind the people to always be careful, such as temperature checks, hand washing, social distancing and so on,” he added.

Kang Phirun, who will marry next month, said he was pleased to hear that the “November 3 incident” was coming to an end, and the government is allowing weddings again.

He added that his and his fiancee’s parents decided to have the wedding day on the “12th day of the 12th month” (December 12), and they planned to only invite about 100 relatives and friends.

“We can now invite up to 500 relatives, friends and guests. We will remain vigilant, such as by checking the guests temperatures before they enter the ceremony, distributing disinfectant alcohol and following food hygiene,” he said.

On November 3, Hungarian Foreign Affairs and Trade Minister Péter Szijjártó, inaugurated the Hungarian Embassy in Cambodia and met with Mr Hun Sen and senior Cambodian leaders. On November 4, Szijjártó tested positive for COVID-19 during his official visit to Thailand.

This raised serious concerns in Cambodia. Mr Hun Sen had issued a strict and urgent order to suspend studies at public and private schools in Phnom Penh and Kandal province to ensure that there was no spread of COVID-19. The government also suspended all sporting activities in the National Olympic Stadium and temporarily closed KTVs, entertainment clubs, cinemas and museums across the country.

Meanwhile, Mr Hun Sen shared his health condition for the first time since completion of his quarantine after coming into contact with Szijjártó.

Mr Hun Sen wrote on his Facebook yesterday that due to his busy schedule, especially dealing with flood victims, plus a 14-day quarantine, he has not been golfing or exercising for more than a month.